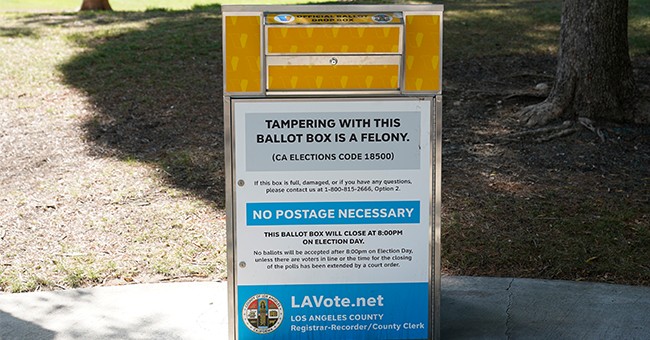 Two men, including one who was trying to run for mayor, were charged with voter fraud in California after allegedly submitting thousands of ballot applications on behalf of homeless people, according to the Los Angeles County District Attorney’s Office.

Carlos Antonio De Bourbon Montenegro, who sought to become mayor in Hawthorne, California, and Marcos Raul Arevalo, were each charged with “one count of conspiracy to commit voter fraud, eight counts of voter fraud, four counts of procuring and offering a false or forged instrument and four misdemeanor counts of interference with a prompt transfer of a completed affidavit,” the District Attorney said, adding that other charges were also filed against Montenegro.

Montenegro, 53, allegedly submitted more than 8,000 fraudulent voter registration applications between July and October, as well as allegedly falsifying names, addresses and signatures on nomination papers under penalty of perjury to run for mayor in Hawthorne.

The defendants were trying to get the registrar's office to send them mail in ballots for the fake voters. No votes were ever actually cast. The registrar caught on quickly and flagged the applications so nobody actually voted.

The conspiracy charge alleges that Montenegro submitted and filed signed nomination papers containing 41 signatures and addresses to the city clerk this summer and that just 18 of the names, addresses and signatures on the nomination papers were validated by the Los Angeles County Registrar- Recorder's Office.

The conspiracy charge also alleges that Montenegro was subsequently issued write-in candidate nomination papers and that he "submitted and filed signed write-in candidate nomination papers containing 32 signatures and addresses for fictitious, non-existent or deceased person'' with the city clerk's office. It further alleges that he and co-defendant Marcos Raul Arevalo "and other unknown co-conspirators'' used three post office boxes in Hawthorne as well as Montenegro's home address "as mailing addresses for over 8,000 voter registration applications for fictitious, non-existent or deceased persons, that were submitted for processing to the Los Angeles County Registrar- Recorder's Office and the California Secretary of State.'' (NBC Los Angeles)

“What this does is it illustrates that election officials here as well as across the country take these issues very seriously. This was 8,000 registrations in a jurisdiction that has 5.8 million voters,” Dean Logan, the county’s top election official, told the Los Angeles Times.

If convicted, Montenegro could face nearly 16 years in state prison, while his accomplice could serve a maximum of seven years in jail.

The news comes as some on the left claim voter fraud isn’t real, prompting Sebastian Gorka to observe: "The thing that 'never happens,' just happened. Again."