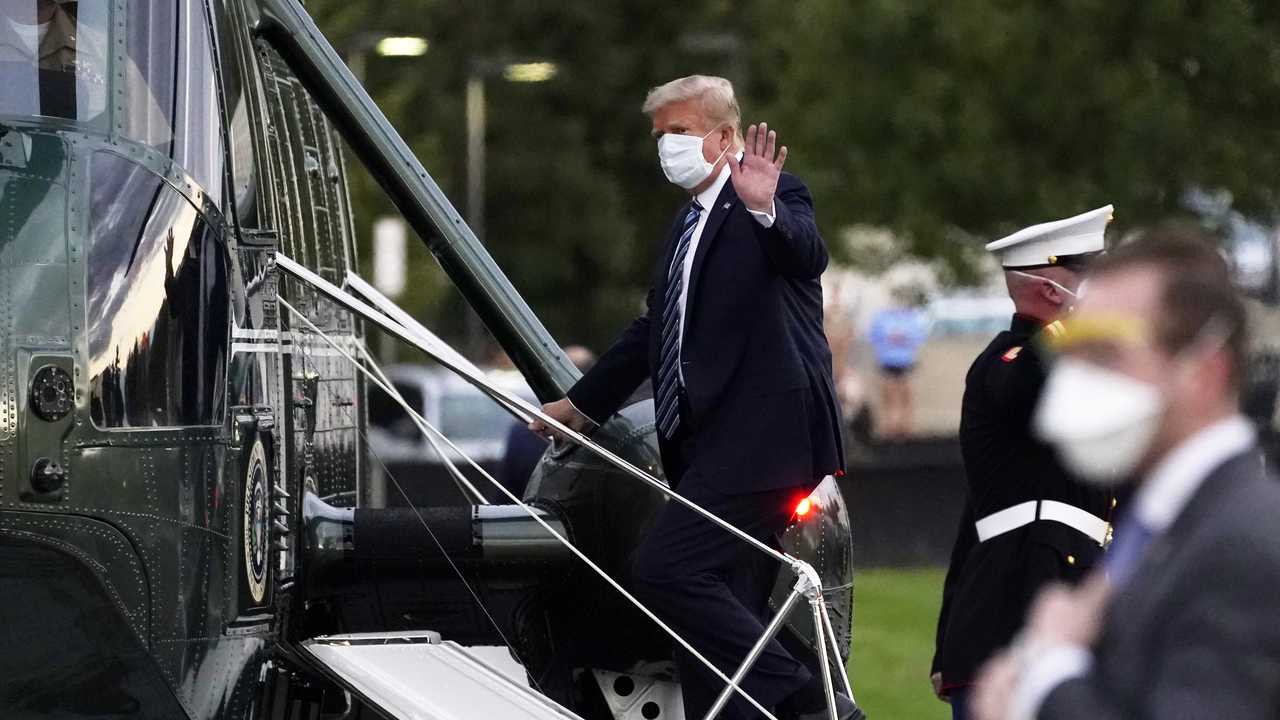 President Trump on Monday urged Americans not to let the coronavirus control their lives.

“I just left Walter Reed Medical Center, and it’s really something very special—the doctors, the nurses, the first responders—and I learned so much about coronavirus,” Trump said. “And one thing that’s for certain, don’t let it dominate you. Don’t be afraid of it. You’re gonna beat it. We have the best medical equipment; we have the best medicines—all developed recently—and you’re gonna beat it.”

“We’re the greatest country in the world,” he continued. “We’re going back, we’re going back to work, we’re gonna be out front. As your leader, I had to do that. I knew there’s danger to it, but I had to do it. I stood out front; I led. Nobody that’s a leader would not do what I did, and I know there’s a risk, there’s a danger, but that’s okay. And now I’m better, and maybe I’m immune, I don’t know.”

But all a CNN reporter could focus on was the fact that he removed his mask.

“But what the president is portraying by taking his mask off when he gets back to the Truman balcony to give this grand return to the White House, is that everything is fine and, as he said, don’t let coronavirus control your life,” reporter Kaitlan Collins said.

“But that is very much still a president who has coronavirus,” she continued. “Despite the lights and the flags and the staged entrance that the president wants to create, he still has coronavirus and he is only a few days into the diagnosis. And Erin, today his doctor didn’t reveal a lot of information as he hasn’t for the past two days, but he did still say that he will not breathe a sigh of relief until Monday. That’s a full week from today.”

She also tweeted out the clip that upset her so much.

Only days into his diagnosis, the first thing President Trump does when he gets back to the White House is take his mask off. pic.twitter.com/kyqvHcSbIl

The Trump campaign quickly reminded her of the time she took off her mask the second a White House press briefing was over.

CNN reporters like Kaitlin Collins obsess over masks when the cameras are on, but when they think they’re off, off comes their masks!pic.twitter.com/IpPSvgDqhc