Wisconsin Lt. Gov. Just Threw Due Process Out the Window With Comment About Blake Shooting 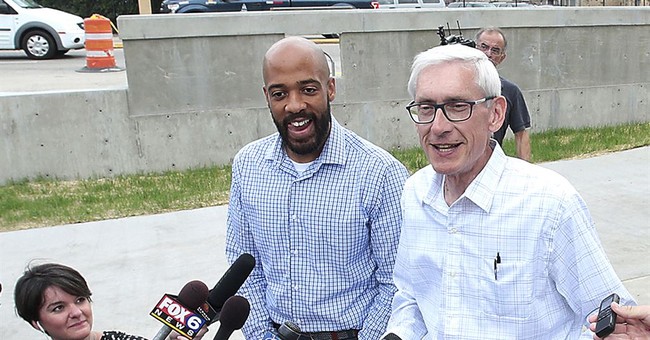 There is a lot that is still unknown about the police-involved shooting in Kenosha, Wisconsin, with Jacob Blake.

When officers were called to the house, the dispatcher told them Blake wasn’t “supposed to be there and he took the complainant’s keys and is refusing to give them back” and that a wanted alert came up for him. Blake, it turns out, had a warrant out for his arrest related to a domestic case from May.

As the National Review reported, not much is known at this time about how Blake’s interaction with police escalated.

[B]ut Blake quickly ended up physically scuffling with the officers, who unsuccessfully tried to tase him. Within a few minutes of the cops’ arrival on the scene, the fateful seconds captured in two viral videos unfolded: Blake walked away from the three officers, two of whom followed him with guns drawn. Blake was reportedly told to “drop the knife.” He walked around his SUV — holding something in his hand, though it’s not clear what — opened the door, and bent over. An officer grabbed Blake’s shirt to try to stop him, but soon fired seven times into Blake’s back, paralyzing him in the presence of his three kids. […]

Wisconsin’s Department of Justice identified the officer who fired his weapon as Rusten Sheskey and reported that “during the investigation following the initial incident, Mr. Blake admitted that he had a knife in his possession. [Division of Criminal Investigation] agents recovered a knife from the driver’s side floorboard of Mr. Blake’s vehicle. A search of the vehicle located no additional weapons.” It remains unclear whether Blake was carrying the knife during the altercation, or if he went to the vehicle to get it, or what. (National Review)

Since there are still a lot of unknowns, one would think a full investigation would be welcomed by Wisconsin officials, but during a press conference on Thursday, Wisconsin Lt. Gov. Mandela Barnes said an investigation wasn’t necessary to determine the incident “falls into a long and painful pattern of violence.”

Wisconsin Lt. Gov. Mandela Barnes: "We don't need an investigation to know that (Jacob) Blake's shooting falls in a long and painful pattern of violence. And this is a pattern of violence that happens against Black lives too often across this country" pic.twitter.com/KhX192PT4J

Social media users were quick to pounce on the comment.

YES!! Due process is SO lame!!

This is the Lt. Governor of the state dismissing the need for an investigation and publicly condemning the officers as guilty and racist.

I didn't think anyone could react worse than Evers, yet Barnes managed to pull it off.