The Mass Shooting in DC That Went Largely Unreported 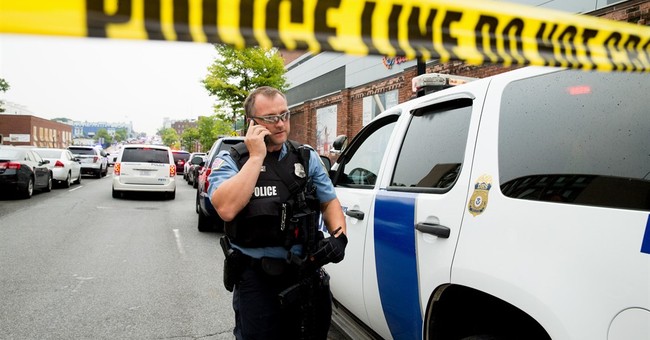 If there's one problem in America the media love reporting about, it’s mass shootings. Except, of course, if it happens in an inner city.

Fox News’s Tucker Carlson took notice of one that occurred in Washington, D.C. over the weekend, however, and blasted the media for ignoring the story because it didn’t “help the Biden campaign.”

"Twenty-one people were shot in this single incident ... more than half of them were women. One was a D.C. Police officer. It was the single biggest mass shooting in America this year and yet you probably heard nothing about it," the host said. "Members of Congress didn’t lock arms on the House floor to demand an end to the gun violence, CNN didn't book a procession of weepy teenage gun-control activists ... news organizations barely touched the story and when they did, they moved fast."

The shooting happened in southeast D.C. early Sunday morning. One teenager was killed and the police officer who was shot is reportedly “fighting for her life.”

"As far as we can tell, neither CNN or MSNBC even mentioned it today," Carlson said. "Now they acted like it didn't happen, but it did happen. Twenty-one African-Americans shot by gunmen and yet the media spent all weekend telling you about how Simon Cowell fell off his electric bike in Malibu because really, Black Lives Matter."

Discussing the shooting wouldn’t be helpful to Biden’s campaign so they ignored it, Carlson argued.