De Blasio's Daughter Arrested During Protests. Here's What He Had to Say About Her. 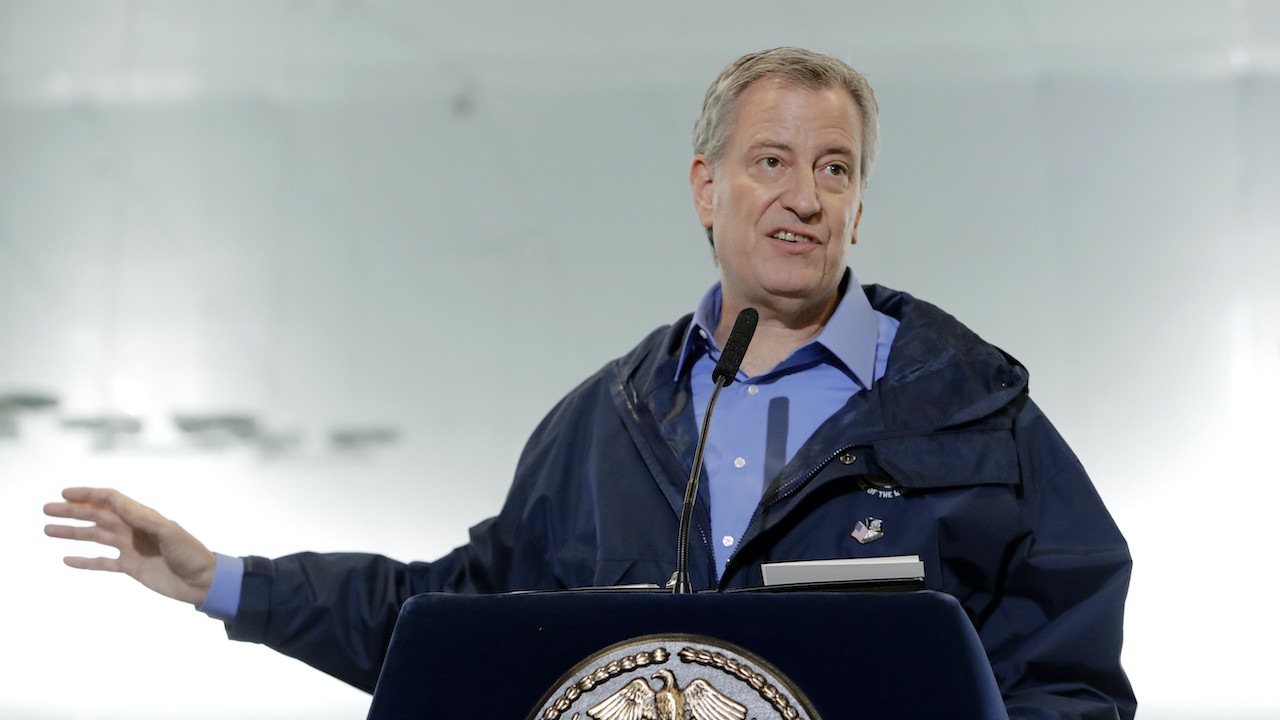 While many protests over the death of George Floyd in New York City were peaceful, the five boroughs weren’t immune from the violence, rioting, and looting seen in other parts of the country. According to the Police Benevolent Association of NYC, more than 60 NYPD officers have been hospitalized “with serious injuries” during clashes with rioters. High-end stores were looted, fires were started, and St. Patrick’s Cathedral was vandalized.

During a press conference Monday, NYC Mayor Bill de Blasio had to address the fact that his daughter, Chiara, was arrested on Saturday—something he says he only found out about when the press contacted his office. So what was his reaction?

“I love my daughter deeply, I honor her. I’m proud of her that she cares so much she was willing to go out there and so something about it,” he said, adding that he and his wife asked her to explain what happened.

“She was acting peacefully,” de Blasio said. “She believes everything she did was in the spirit of peaceful, respectful protest.”

Chiara was taken into police custody around 10:30 p.m. Saturday after cops declared an unlawful assembly at 12th Street and Broadway, sources previously said.

The mayor’s daughter, who was ultimately given a desk appearance ticket, was allegedly blocking traffic on Broadway and was busted after refusing to move.

According to Chiara’s arrest report that was tweeted out by the NYPD sergeants’ union Sunday night, but later deleted, Chiara was with 100 other protesters at the intersection of 12th Street and Broadway.

There was “yelling and screaming and unknown objects were being thrown in the direction of the police,” the arrest report says, which added that Chiara was advised by the NYPD to leave, but she “refused to do so.” (New York Post)

New York City Mayor Bill de Blasio confirms reports that his daughter, Chiara de Blasio, was arrested at a protest: "I'm proud of her that she cares so much, and she was willing to go out there and do something about it." https://t.co/YbloXtjoxj pic.twitter.com/bBCBLjn1q5

“I trust my daughter,” the mayor said. “She is an incredibly good human being.”

“This is not someone who would not ever commit any violence,” he added. “She was very clear that she believed she was following the instructions of police officers and doing what they were asking.”

.@BilldeBlasio’s daughter, Chiara de Blasio, was arrested at a violent antifa/BLM riot in Manhattan on Saturday night where cars were set ablaze. She gave the Gracie Mansion as her address after she was arrested and identified. #antifa #GeorgeFloyd #BlackLivesMatter pic.twitter.com/BQWAcgh6y3