Schumer: Yes, Party Will Unite Behind a Socialist 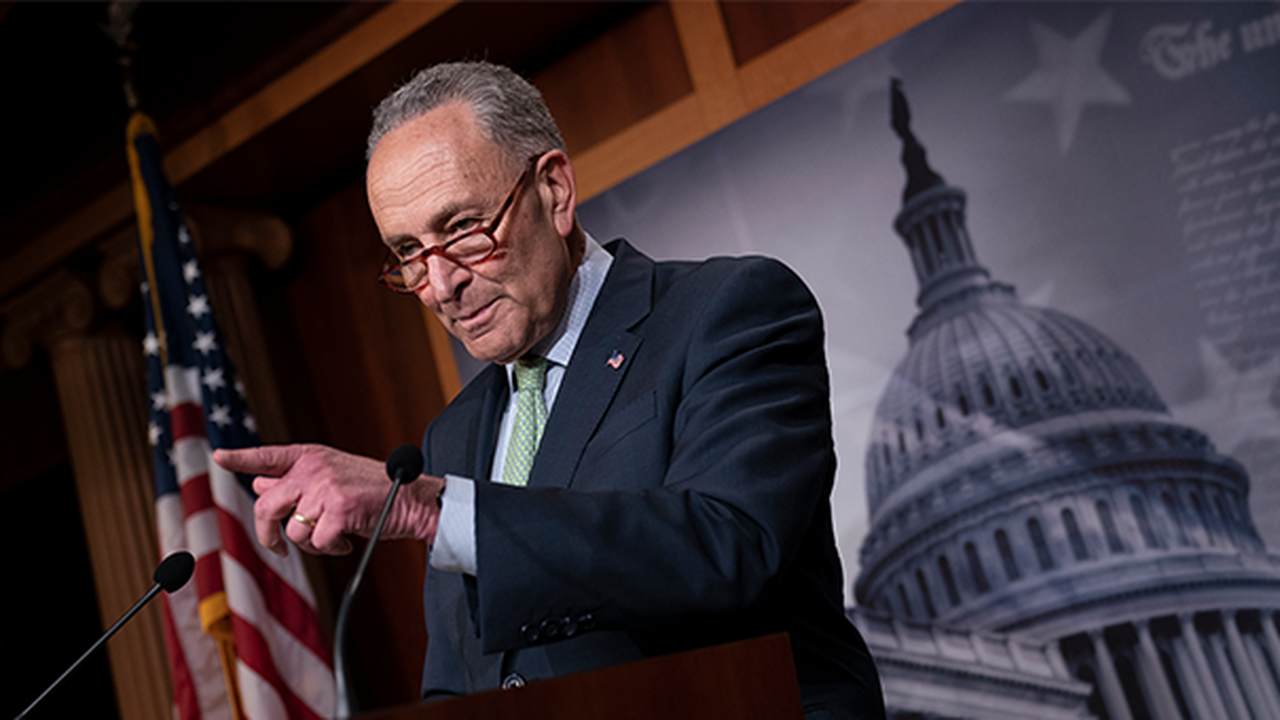 While there is still a long way to go in the Democratic primary, New Hampshire's results prompted three candidates to drop out of the race, painting a stark reality for Establishment Democrats—Sen. Bernie Sanders—a socialist—is the new frontrunner.

Despite reservations among some Democratic lawmakers about Bernie Sanders's political ideology, the party's leadership insisted Tuesday they will be united in supporting whomever becomes the presidential nominee.

Speaking in a joint press conference with House Speaker Nancy Pelosi, Senate Minority Leader Chuck Schumer responded to a question about how comfortable the party will be with a Democratic socialist at the top of the ticket.

"Primaries are primaries, and there're always lots of sturm und drang," Schumer said. "You will see in a few months Democrats will be strongly united together, and we will be focused like a laser on beating Donald Trump. The enthusiasm that you last saw in 2008 to elect Barack Obama, you will see among Democrats this summer and fall to get Donald Trump out of office."

Pelosi said the House of Representatives will help bring the Democratic presidential nominee across the finish line.

"We in the house feel we set a model for how to win elections by winning in the most gerrymandered, voter suppressed political arena you could ever put together," she said. "So we think we are an engine that can help us win that election whoever our nominee is."

Sen. Chuck Schumer pledges Democrats will be "strongly united” behind a socialist if they’re the nominee pic.twitter.com/KFFEVDxcZQ