The 6 Most Political Moments From the Oscars 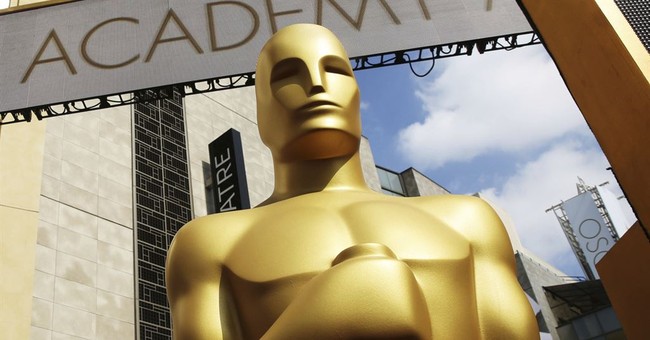 Ricky Gervais’s advice to actors about not getting political during acceptances speeches seems to have gone in one ear and out the other, as the 92nd Academy Awards ceremony featured several political moments, from impeachment to climate change, and more.

It didn’t take long for the Senate’s impeachment trial to come up thanks to Brad Pitt, who joked about John Bolton while accepting the first award of the night for best supporting actor in “Once Upon a Time in Hollywood.”

"They told me I have 45 seconds this year, which is 45 seconds more than the Senate gave John Bolton this week," Pitt said.

In explaining his decision to talk about it, the actor said he “was really disappointed with this week. I think the gamesmanship Trump’s doing, I don’t think we should let that slide. I’m very serious about that.”

Brad Pitt, winner of Best Supporting Actor, and made a crack about John Bolton not testifying before the Senate during the Trump impeachment trial. Apparently, Pitt is unaware that Bolton has REFUSED to testify without a subpoena.#Oscars2020

Phoenix's speech while accepting Best Actor for 'Joker' was a bizarre stream of thought about inequality and cows.

“I’ve been thinking a lot about some of the distressing issues that we are facing collectively, and I think at times we feel or are made to feel that we champion different causes,” Phoenix said. “But for me, I see commonality. I think whether we’re talking about gender inequality or racism or queer rights or indigenous rights or animal rights, we’re talking about the fight against injustice.

“We’re talking about the fight against the belief that one nation, one people, one race, one gender, or one species has the right to dominate, control, and use and exploit another with impunity,” he continued. “I think that we’ve become very disconnected from the natural world and many of us, what we’re guilty of, is an egocentric world view, the belief that we’re the center of the universe.

“We go into the natural world and we plunder it for its resources. We feel entitled to artificially inseminate a cow and when she gives birth, we steal her baby," he added. "Even though her cries of anguish are unmistakable. And then we take her milk that’s intended for her calf and we put it in our coffee and our cereal. And I think we fear the idea of personal change because we think that we have to sacrifice something to give something up but human beings, at our best, are so inventive and creative and ingenious, and I think that when we use love and compassion as our guiding principles, we can create, develop, and implement systems of change that are beneficial to all sentient beings and to the environment.”

An emotional Joaquin Phoenix concludes his acceptance speech by remembering his brother River Phoenix: "When he was 17, my brother wrote this lyric. He said, 'Run to the rescue with love—and peace will follow.'" https://t.co/8kz7m5vtnF #Oscars pic.twitter.com/rg89eYCyLK

Gad made climate change and healthcare jokes while introducing Idina Menzel's performance of a song from "Frozen 2":

"Frozen 2 — or as climate change deniers call it, Not Frozen 2 — has been dubbed in 45 countries around the world."

He explained that meant there are 45 different actresses who are the voice of Elsa in the film and that "Canadian Elsa is basically the same, but with healthcare."

The teen climate activist made an appearance at the awards ceremony in a prerecorded video thanking David Attenborough for sparking her interest in the environment. Attenborough narrated the BBC's "Life" series.

@GretaThunberg makes a surprise appearance at the #Oscars. pic.twitter.com/6ftyMBNZ4x

Reichert, the co-director of "American Factory," quoted the Communist Manifesto during her acceptance speech for winning best documentary. Julio reports:

Julia Reichert at the #Oscars quotes the Communist Manifesto: Working people have it harder and harder these days and we believe that things will get better when workers of the world unite. pic.twitter.com/Et84R60ffr

The two presenters took a jab at the disaster of the Iowa caucuses.

"A couple of years ago there was a big disaster here at the Oscars when they accidentally read out the wrong name and it was nobody's fault, but they guaranteed that this will not happen this year because the Academy has switched to the new Iowa caucus app," Martin said. "But what a night!"

Can you imagine if the Iowa Democratic Party were in charge of tabulating the results? #Oscars https://t.co/pRj3qgqad1

While these were just a handful of the political moments that sparked the most coverage, some Twitter users observed that nearly every speech contained some sort of political statement.

I don’t believe there’s been one speech tonight at the #Oscars without a political statement.