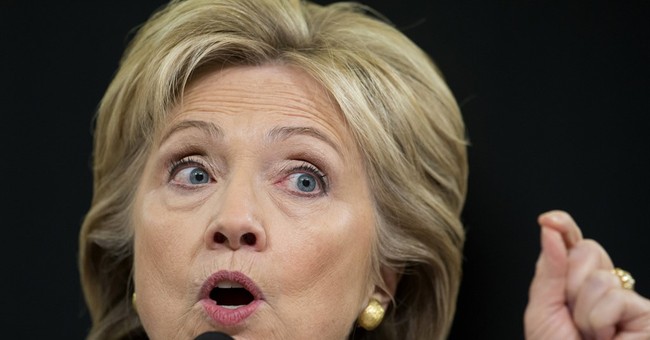 Hillary Clinton held nothing back in describing her former rival, Sen. Bernie Sanders, calling him a career politician no one likes or wants to work with.

The Hollywood Reporter’s Lacey Rose asked Clinton about those remarks, which she gave in an upcoming Hulu documentary about the 2016 election.

"In the doc, you're brutally honest on Sanders: 'He was in Congress for years. He had one senator support him. Nobody likes him, nobody wants to work with him, he got nothing done. He was a career politician. It's all just baloney and I feel so bad that people got sucked into it,'" she says, quoting the former secretary of state. "That assessment still hold?"

"Yes, it does," Clinton replied, but she would not say whether she would get behind him if he wins the Democratic nomination.

"I'm not going to go there yet. We're still in a very vigorous primary season," she said of a possible endorsement.

"I will say, however, that it's not only him, it's the culture around him. It's his leadership team. It's his prominent supporters. It's his online Bernie Bros and their relentless attacks on lots of his competitors, particularly the women," Clinton explained.

"And I really hope people are paying attention to that because it should be worrisome that he has permitted this culture — not only permitted, [he] seems to really be very much supporting it," Clinton added.

She also told Rose that some of the advice she has given the female Democratic candidates is to be prepared to push back against the “structural challenges” that will be presented by the GOP and its allies, accusing Republicans of election fraud.

“So, that means you've got to deal with voter suppression, because they'll steal votes or they'll prevent votes from happening. They're now trying to purge voters so that they can try to limit the electorate,” she said.

Additionally, Clinton cautions candidates about their emails getting hacked, fake news, and the unfairness they will face as female candidates.

“You've got to deal with the theft of your personal information, particularly your emails. I say to them, "If your emails haven't been stolen yet, they will be." Look what the Russians just did, hacking into that Ukrainian oil company to try to dig up something or make something up [about Joe Biden's son, Hunter],” she said. “Then you've got to worry about the propaganda, the fake news, the made-up stories. Now you have the additional worry of the deepfakes, and people putting words in your mouth. I've tried to tell all the candidates the same thing, but with the women, I say, "You're probably not going to be treated fairly, don't let it knock you off stride."

The four-part documentary "Hillary" will premiere March 6 on Hulu.