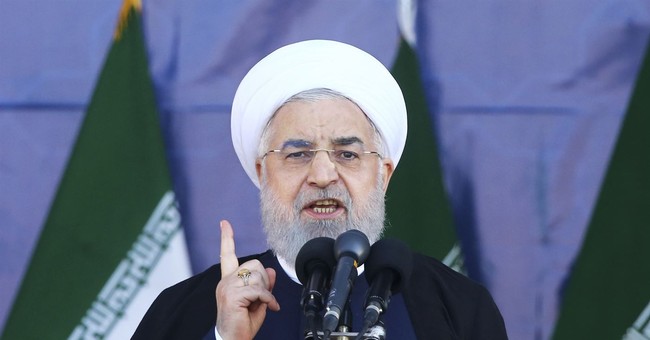 Iranian President Hassan Rouhani said Thursday the country is enriching more uranium than it did prior to the 2015 nuclear deal.

“We are enriching more uranium before the deal was reached,” Rouhani said, reports The Associated Press. “Pressure has increased on Iran but we continue to progress.''

“We have no limits on the nuclear file, and we are increasing enrichment every day,” he added.

Iran began to renege on some components of the deal after the United States’ withdrawal from the agreement in 2018 and gradually imposed crippling sanctions.

Previously it has appeared that Iran has only modestly increased its nuclear activity. In recent months it has boosted its level of enrichment of uranium to 4.5% higher than the 3.67% limit set by the agreement – but far from the 20% enrichment it was engaged in before the deal. Uranium must be enriched to 90% to be used in a nuclear weapon.

Britain, France and Germany have spent months trying to salvage the deal, but have not found a way to continue trading with Iran amid the tightened US sanctions. This week they triggered a dispute mechanism in the nuclear deal to try to bring Iran back into compliance. That process could lead to the snapback of international sanctions.

In his speech, Rouhani acknowledged the sanctions had caused economic pain but said such considerations could not be separated from foreign policy and national security.

He also acknowledged the rising tensions with the US. “A single bullet can cause a war, and not shooting a single bullet can lead to peace,” he said, adding that his administration was seeking greater security.(The Guardian)

Rouhani warned after the U.S. strike that took out Quds Force commander Qasem Soleimani that Iran would no longer respect any prior agreements about how many centrifuges it can use to enrich uranium.