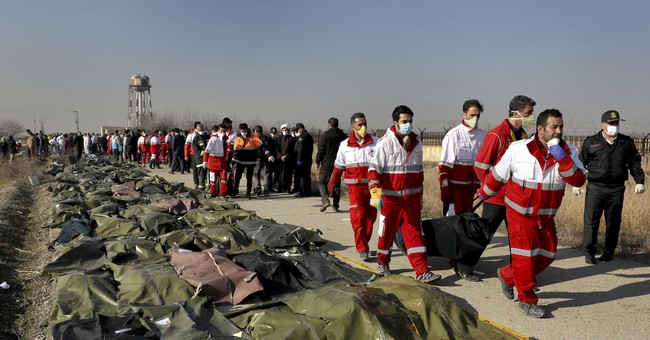 Iran said Tuesday that arrests have been made of those responsible for shooting down the Ukrainian commercial jet last week, which killed all 176 on board.

Judiciary spokesman Gholamhossein Esmaili said “extensive investigations have taken place and some individuals have been arrested,” but he did not state how many had been detained or identify who they were.

Iranian President Hassan Rouhani said a special court ought to be formed by the judiciary “with a ranking judge and dozens of experts.”

In the televised address, Rouhani noted “this is not an ordinary case. The entire world will be watching this court.”

He said those involved in the “painful and unforgivable” mistake “should be punished,” adding that “more than just one person” bears responsibility.

At the same time, however, Rouhani blamed United States aggression for the error.

In the days after the plane crash Iran said mechanical problems were to blame. They refused to give up the black box and even began bulldozing evidence from the site. But the country came clean by the weekend, acknowledging “human error” caused the downing of the plane, which the government said was mistaken for a threat.

"In such a condition, because of human error and in a unintentional way, the flight was hit," an Iranian statement said.

Recommended
Why an ESPN Writer Was Troubled by American Flags at the Tokyo Olympics. Prepare to Roll Your Eyes.
Matt Vespa

Our profound regrets, apologies and condolences to our people, to the families of all victims, and to other affected nations.
??