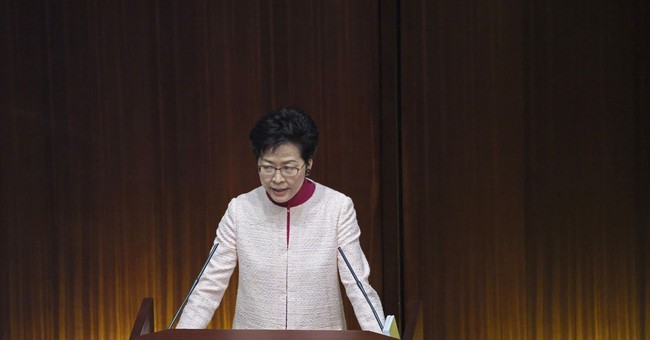 In June, Lam had suspended the legislation that would’ve allowed citizens to be sent to mainland China for trial, but not removing it completely led to even more protests.

The move is only one of five demands from the protesters, who chant during demonstrations that they "can't have one less!"

Hong Kong protesters released their five demands in July. The demands include the following:

During a brief television address, Lam said, “the government will formally withdraw the bill in order to fully allay public concerns.”

“From this month, I and my principal officials will reach out to the community to start a direct dialogue,” she said. “People from all walks of life, with different views and backgrounds are invited to share their views and air their grievances.”

But Lam said in a pre-recorded television message on Wednesday that the government would not accept other demands, including an independent inquiry into alleged police misconduct against protesters. However, she named two new members to a police watchdog agency investigating the matter.

Protesters have also called for the release of those detained without charges, but Lam said this was unacceptable. (WaPo)

According to The New York Times, protesters continued calls on the online forum LIHKG to not compromise until all five demands were met.