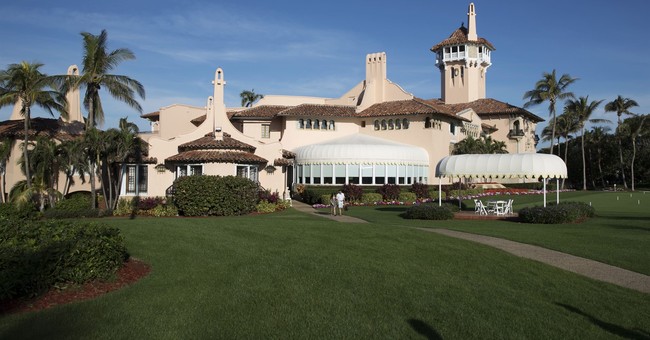 The storm, which is headed towards Florida, is now a Category 2 hurricane but is expected to develop into a Category 4 over the Labor Day weekend, according to The Weather Channel.

Instead of hoping all those in harm’s way stay safe, Campbell retweeted the message saying she’s “rooting for a direct hit on Mar a Lago!”

Many took the former PM to task for her “hateful” comment.

While she may have only served as prime minister for less than five months after Brian Mulroney resigned in 1993, some pointed out that she still has her hand in Canadian politics, serving as a senior aide to Prime Minister Justin Trudeau.

This crazy woman - former PM Kim Campbell is a senior aide to Justin Trudeau, in charge of Supreme Court appointments in Canada!

Is it any wonder why our justice system is going down the toilet???

May God grant her wish to come true upon her own family and herself!!!

Who is Kim Campbell? She seems like an inhuman person. Hoping people die or get hurt is sick.

What the heck is wrong with you. There are real people who live and work there. BUFFS!!

Wishing ill unto others is evil. Get a grip, lady.

Sooooo, you’re saying you hope the innocent folks working there and live in the surrounding area are subjected to catastrophic event that they can’t control because of politics. Got it.

Respect for humanity in 2019 has been cancelled.

Campbell responded to user Carl Souchereau's tweet, writing, "As there are in Puerto Rico- sorry you don’t get snark- but Trump’s indifference to suffering is intolerable! Wd also help if he tackled climate change which is making hurricanes more destructive! Instead, he will remove limits on methane! Get a grip!"

As there are in Puerto Rico- sorry you don’t get snark- but Trump’s indifference to suffering is intolerable! Wd also help if he tackled climate change which is making hurricanes more destructive! Instead, he will remove limits on methane! Get a grip!

This isn't the first time liberals have wished a hurricane would take out Mar-a-Lago. In 2017, progressives were similarly hoping that Hurricane Irma would destroy the club.