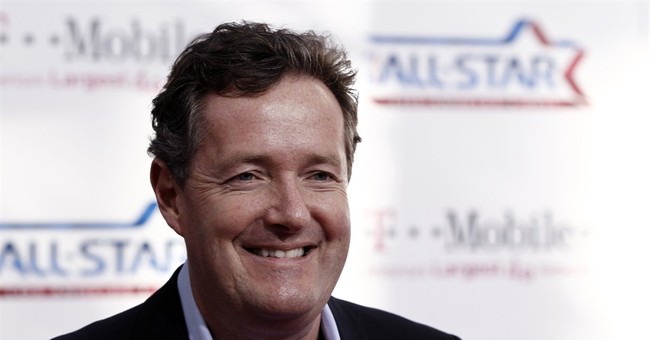 Piers Morgan, editor-at-large of DailyMail.com and former CNN anchor, blasted Democrats and the mainstream media for its response to the Mueller report.

"Mueller was the savior, the man on the white horse riding into town to take down President Trump on collusion with Russia, he would be exposed as a traitor and this would be the end of his presidency. And then the Mueller report comes out and it turns out it was all nonsense. It was to quote Donald Trump, it was 'fake news,'" Morgan told Fox News’s Sean Hannity.

Attorney General William Barr released the redacted report last week, which said President Trump did not collude with Russia. The media then almost instantly changed its focus to obstruction of justice.

Morgan rightfully called out The Washington Post, The New York Times, and others for changing the goalposts.

"We are supposed to believe now that Donald Trump committed repeated obstruction of justice over a crime that he now, as we all know, did not commit? He is trying to obstruct people from investigating something he says he said he didn't do and Special Counsel has confirmed he didn't do. It is ridiculous, it is a farce, it is making a mockery of America," Morgan said.

He even targeted his former employer.

"They've just gone completely in the tank anti-Trump. And I don't know why they have done that other than it gives them a lot of money, I guess.  I think it damages their credibility and I wish they weren't doing it," he said.

Morgan cautioned Democrats and the media about what will happen if they fail to move on.

"If the Democrats, fueled by the media, try to continue to fight this, and I'm telling you what will happen, Donald Trump will get reelected and he will have four more years of this," Morgan said.