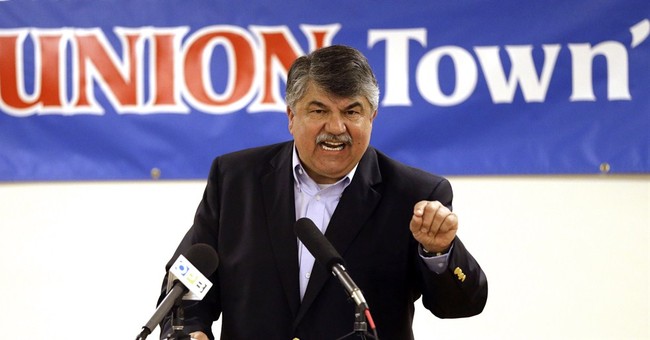 Rep. Alexandria Ocasio-Cortez (D-NY) and Sen. Ed Markey (D-MA) may have the support of progressive politicians for their Green New Deal but they’ve lost the nation’s largest organized-labor group, the AFL-CIO.

“We welcome the call for labor rights and dialogue with labor, but the Green New Deal resolution is far too short on specific solutions that speak to the jobs of our members and the critical sections of our economy,” the AFL-CIO’s energy committee wrote in a letter to Markey and Ocasio-Cortez. “We will not accept proposals that could cause immediate harm to millions of our members and their families. We will not stand by and allow threats to our members’ jobs and their families’ standard of living go [sic] unanswered.”

The @AFLCIO, which represents 12.5 million workers & includes 55 labor unions, slams the #GreenNewDeal in a letter to @SenMarkey & @AOC:

“We will not accept proposals that could cause immediate harm to millions of our members and their families.”

I agree with the AFL-CIO. pic.twitter.com/pEVhr9Ricr

The Green New Deal is a wish list of preposterously ambitious initiatives, including one that calls for the upgrading or replacement of all existing buildings in the U.S.“to achieve maximal energy efficiency, water efficiency, safety, affordability, comfort, and durability, including through electrification.” Curiously enough, the nonbinding resolution doesn’t go into much detail explaining how any of this multitrillion-dollar plan to overhaul the entire American economy would be paid for, except for the part where it makes a passing reference to raising low-interest credit from “public banks.”

Before the March 8 letter, AFL-CIO President Richard Trumka said no one had consulted his organization before releasing the resolution.

“Look, we need to address the environment. We need to do it quickly,” he said. “But we need to do it in a way that doesn’t put these communities behind, and leave segments of the economy behind. So, we’ll be working to make sure that we do two things: That by fixing one thing we don’t create a problem somewhere else.”