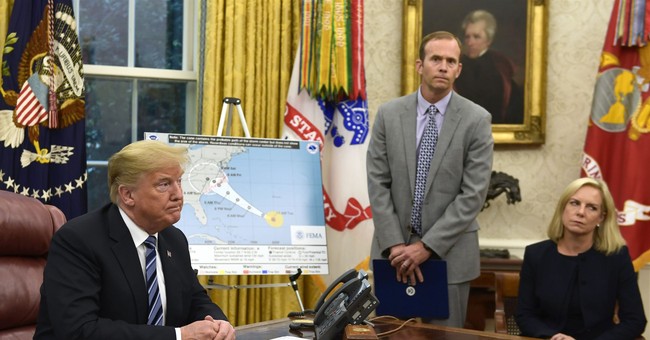 President Trump is planning to oust Department of Homeland Security Secretary Kirstjen Nielsen, according to a report in The Washington Post.

“The president has grumbled for months about what he views as Nielsen’s lackluster performance on immigration enforcement and is believed to be looking for a replacement who will implement his policy ideas with more alacrity,” the Post writes based on interviews with “five current and former White House officials.”

His alleged decision to replace her could come as early as this week, but it’s a move that’s reportedly being fought by White House Chief of Staff John Kelly, who initially hired her as his chief of staff while he was leading DHS.

Nielsen has been reluctant to leave the administration before reaching the one-year mark as secretary on Dec. 6, but she has been unhappy in the job for several months, according to colleagues. Trump has berated her during Cabinet meetings, belittled her to other White House staff and tagged her months ago as a “Bushie,” a reference to her previous service under President George W. Bush and meant to cast suspicion on her loyalty.

When Nielsen has tried to explain the laws and regulations that prevent the government from drastically curtailing immigration or  closing the border with Mexico, as Trump has suggested, the president has grown impatient and frustrated, aides said. […]

Colleagues who’ve worked closely with Nielsen and defend her performance at DHS say working for Trump on immigration  issues is miserable because the president has an unrealistic view of border security and little patience for the intricacies of U.S. immigration law. (WaPo)

DHS spokesman Tyler Houlton declined to comment to WaPo on whether she is reportedly about to be replaced.

“The Secretary is honored to lead the men and women of DHS and is committed to implementing the President’s security-focused agenda to protect Americans from all threats and will continue to do so,” he said in a statement.