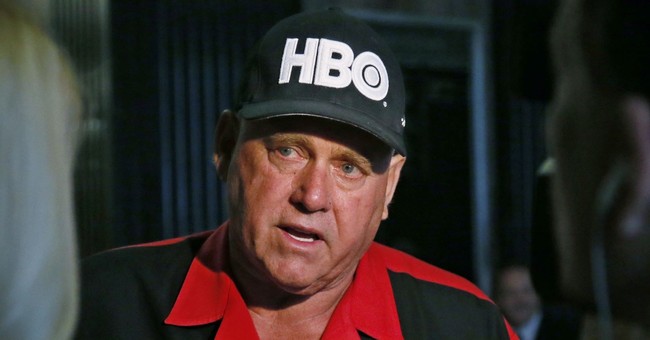 Deceased Nevada brothel owner Dennis Hof (R) won a seat in the state legislature by a landslide on Tuesday.

Hof, a reality TV star of the HBO show “Cathouse,” died last month at the age of 72 after a weekend celebrating his birthday. An official cause of death still has not been released.

Hof died at age 72 less than a month ago at the Love Ranch South in Crystal. Because of the timing of his death, his name remained on the ballot in that district.

His post-mortem victory triggers a complicated procedure that will involve each County Commission in District 36 nominating a person to fill that seat. Then the chairmen of those commissions will meet and cast votes proportional to the share of the population of the district in each district.

Signs were posted at polling places to inform voters in the district that Hof had died, but Republicans launched a campaign encouraging people to still vote for him and prevent the seat from falling into Democratic hands.

His campaign manager said his death likely made him even more of an attractive vote for those who otherwise wouldn’t have cast their ballot in his favor given that the state’s Republican Party will now fill the seat.

“There are a lot of Republicans who were uncomfortable voting for Dennis because of the nature of his business, and they now know that he is not the one who will be serving,” the campaign manager, Chuck Muth, told Reuters. “They will feel much more comfortable casting the ballot for him knowing there will be another Republican to replace him.”