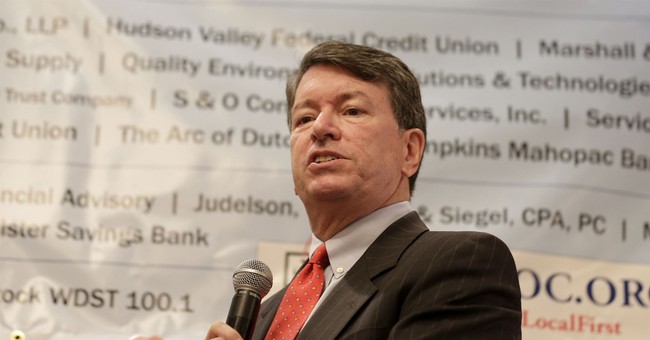 New York’s 19th Congressional District has been called for Democrat Antonio Delgado, an attorney and political newcomer, after what was an extremely close race with incumbent Republican John Faso.

Delgado sought to connect with working class voters by highlighting his humble upbringing in Schenectady, New York, and his educational background, which brought him to Colgate, Oxford, and Harvard Law. Throughout the campaign Delgado focused on universal health care, better public education, infrastructure, and good-paying jobs.

Republicans attacked him over his former career as a rap artist, arguing that his music is too “offensive” to represent the district, which is 88 percent white.

Delgado, on the other hand, attacked Faso over his vote to repeal and replace Obamacare.

As a moderate who did not vote for President Trump in 2016, Faso highlighted his ability to work across the aisle, his focus on the opioid epidemic, efforts to fund tickborne diseases (which is a major problem in Upstate New York), protecting the border, and supporting veterans, among other issues.

President Trump won the district by 7 points over Hillary Clinton in 2016.