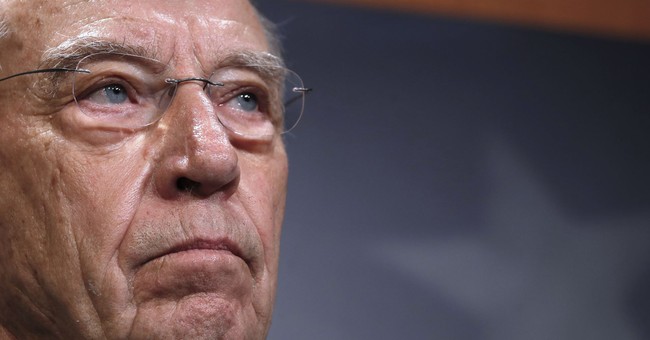 The document indicates that 11 people were contacted to interview, 10 of whom followed through. Eight of these individuals were related to Ford’s allegations while two alleged eyewitnesses were from Deborah Ramirez’s allegations. The individuals interviewed had potential firsthand knowledge of the allegations of sexual misconduct against Kavanaugh.

Senators received 12 detailed 302 reports from the FBI on the interviews and were provided supporting materials that were cited by witnesses in the interviews.

“The supplemental background investigation confirms what the Senate Judiciary Committee concluded after its investigation: there is no corroboration of the allegations made by Dr. (Christine Blasey) Ford or Ms. Deborah Ramirez,” the executive summary concludes.

INBOX: Sen. Grassley just emailed an executive summary of the FBI investigation report. It's concise enough to fit in one screenshot. pic.twitter.com/Ubuk3xaANk