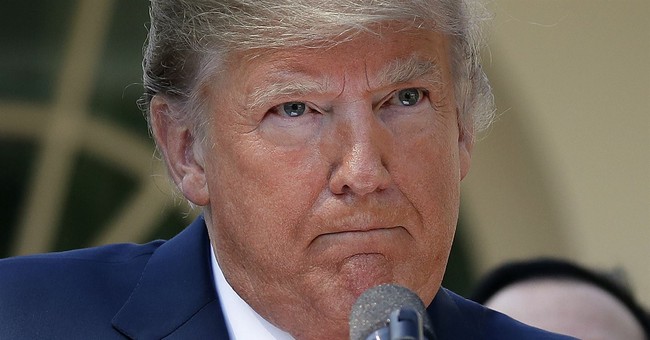 The White House pushed back on a New York Times report Tuesday that alleged President Trump and his family used “dubious” tax schemes in the 1990s to increase the wealth received from his father’s real estate empire.

“Fred Trump has been gone for nearly twenty years and it’s sad to witness this misleading attack against the Trump family by the failing New York Times. Many decades ago the IRS reviewed and signed off on these transactions," White House Press Secretary Sarah Sanders said in a statement Tuesday evening. "The New York Times’ and other media outlets‘ credibility with the American people is at an all time low because they are consumed with attacking the president and his family 24/7 instead of reporting the news."

She continue: "The truth is the market is at an all-time high, unemployment is at a fifty year low, taxes for families and businesses have been cut, wages are up, farmers and workers are empowered from better trade deals, and America’s military is stronger than ever, yet the New York Times can rarely find anything positive about the President and his tremendous record of success to report. Perhaps another apology from the New York Times, like the one they had to issue after they got the 2016 election so embarrassingly wrong, is in order."

Her statement came shortly after the publication of the Times report, which claimed Trump received at least $413 million from his father’s real estate business over the course of his life, a substantial portion of which came from questionable tax schemes in the ‘90s.

Tax officials in New York are now “reviewing” the allegations in the report, according to FoxNews.com.

According to confidential tax returns and financial records obtained by the newspaper, Trump and his siblings set up a phony corporation in an effort to disguise millions of dollars in gifts from their parents. Records examined by the Times also indicate that Trump helped his father take millions of dollar in improper tax deductions and formulated a strategy to undervalue his parents’ real estate holdings in order to reduce the tax bill when the properties were transferred.

In total, Trump’s parents, Fred and Mary Trump, transferred over $1 billion to their children. The money would have created a tax bill of at least $550 million given the 55 percent tax rate then imposed on gifts and inheritances, but the family only paid $52.2 million, tax records indicate. (FoxNews.com)

Charles J. Harder, a lawyer for Trump, blasted the story as “highly defamatory” and “extremely inaccurate.”

"The New York Times’ allegations of fraud and tax evasion are 100 percent false, and highly defamatory,” Harder said. “There was no fraud or tax evasion by anyone. The facts upon which the Times bases its false allegations are extremely inaccurate.”

He continued: “Should the Times state or imply that President Trump participated in fraud, tax evasion, or any other crime, it will be exposing itself to substantial liability and damages for defamation.”

Trump’s brother, Robert, also denied the allegations to the Times.

“All appropriate gift and estate tax returns were filed, and the required taxes were paid,” the president’s brother said. “Our family has no other comment on these matters that happened some 20 years ago, and would appreciate your respecting the privacy of our deceased parents, may God rest their souls.”

The report has now rekindled Democratic efforts to get the president to release his tax returns.