Report: Chamber of Commerce Is About to Launch Campaign Targeting Trump's Tariffs 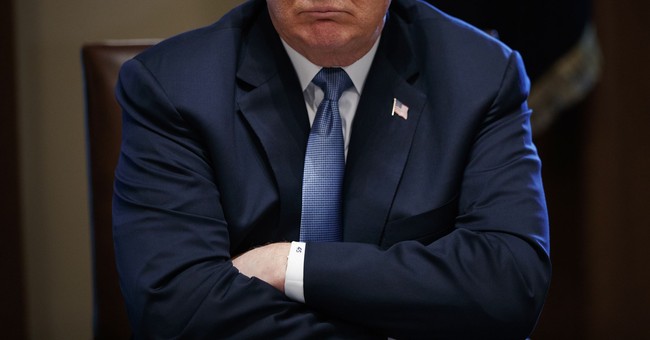 The U.S. Chamber of Commerce is launching a campaign Monday hitting President Trump’s tariff policies, according to a report.

The campaign will use “state-by-state analysis” to “argue that Trump is risking a global trade war that will hit the wallets of U.S. consumers,” Reuters reports.

“The administration is threatening to undermine the economic progress it worked so hard to achieve,” Chamber President Tom Donohue told Reuters. “We should seek free and fair trade, but this is just not the way to do it.”

The Chamber, which has 3 million members, historically has worked closely with Republican presidents and praised Trump for signing business tax cuts in December. But mounting trade tensions have opened a rift with the president.

Trump has implemented billions of dollars in tariffs targeted at China, Canada, Mexico and the European Union, saying such moves are needed to offset trade imbalances. (Reuters)

The trade policies have led to some countries threatening to retaliate, including Canada, which vowed Friday to impose tariffs on $12.6 billion worth of American products until the U.S.’s steel and aluminum tariffs are rolled back.

China, Mexico, and the EU are also pushing back on the U.S.’s tariffs.

China is expected to impose a new 25-percent tax on soybeans in July. Mexico is adding duties to pork imports. The EU has targeted $3.2 billion in American goods exported to the 28-member bloc, including bourbon and Harley Davidson (HOG.N) motorcycles.

Trump has defended the policies, arguing last month the tariffs are necessary because the U.S. is being “ripped off by other countries.”

“When you’re almost 800 Billion Dollars a year down on Trade, you can’t lose a Trade War! The U.S. has been ripped off by other countries for years on Trade, time to get smart!” the president tweeted.

When you’re almost 800 Billion Dollars a year down on Trade, you can’t lose a Trade War! The U.S. has been ripped off by other countries for years on Trade, time to get smart!