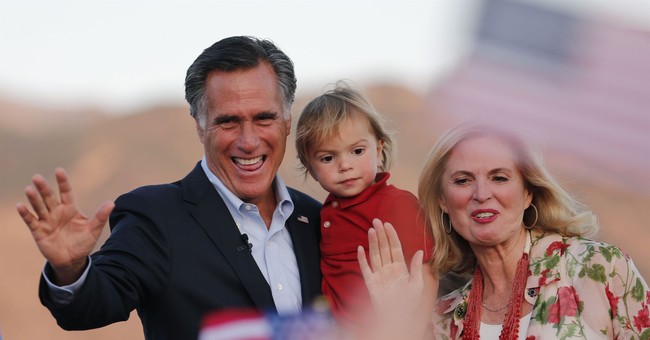 President Trump on Wednesday congratulated Mitt Romney on winning the Republican nomination in Utah’s Senate race by a wide margin, telling the former Massachusetts governor that he looks “forward to working together.”

“Big and conclusive win by Mitt Romney. Congratulations! I look forward to working together - there is so much good to do. A great and loving family will be coming to D.C.” Trump tweeted.

Big and conclusive win by Mitt Romney. Congratulations! I look forward to working together - there is so much good to do. A great and loving family will be coming to D.C.

Romney, who won the primary with 71 percent of the vote, vowed to “make sure that the example I set as a leader is consistent with the values of our state and the great founding values of the United States of America” in Washington.

The former GOP presidential nominee has been a vocal critic of President Trump at times, issuing a blistering critique of Trump during the 2016 campaign. Though he’s softened his rhetoric since then, he promised voters he would not toe the party line, explaining in an op-ed that he will continue to speak out against the president when he disagrees with him.

"I have and will continue to speak out when the president says or does something which is divisive, racist, sexist, anti-immigrant, dishonest or destructive to democratic institutions. I do not make this a daily commentary; I express contrary views only when I believe it is a matter of substantial significance.

"People ask me why I feel compelled to express my disagreements with the president. I believe that when you are known as a member of a “team,” and the captain says or does something you feel is morally wrong, if you stay silent you tacitly assent to the captain’s posture," he said.