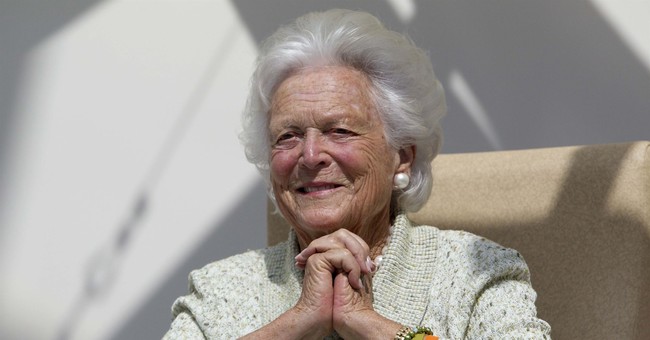 In addition to calling Bush "a generous and smart and amazing racist who, along with her husband, raised a war criminal,” Randa Jarrar said she was “happy the witch is dead.”

In response to all the backlash she faced on social media, Jarrar doubled down and bragged that since she had tenure, she couldn’t be fired.

“sweetie i work as a tenured professor. I make 100K a year doing that. i will never be fired. i will always have people wanting to hear what i have to say. even you are one of them! <3,” she responded to one critic.

Fresno State President Joseph Castro tried to distance the school from the professor, writing in a statement, “Professor Jarrar’s expressed personal views and commentary are obviously contrary to the core values of our University, which include respect and empathy for individuals with divergent points of view, and a sincere commitment to mutual understanding and progress.”

But that wasn’t the end of it. The university’s provost Lynnette Zelezny condemned Jarrar’s comments Wednesday during a news conference, calling them “disrespectful” and noting that the school was taking the incident “very seriously.”

Zelezny also commented on Jarrar’s tweet bragging that she can’t be fired.

"We understand the concern from the community and we are taking this very seriously," Zelezny said. "To answer the technical question: Can she not be fired? The answer is no."

Jarrar should let that sink in.