Syria, Russia Blame Israel for Deadly Attack on Assad Base 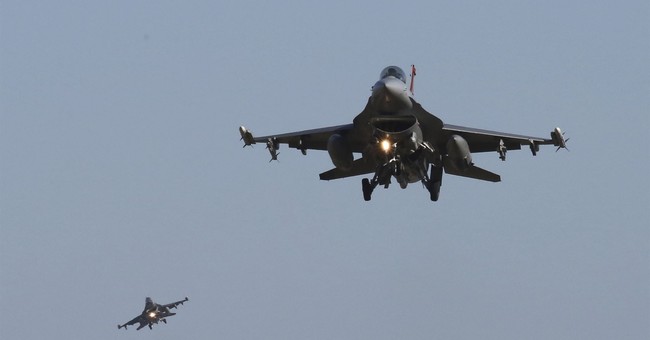 Russia and Syria blamed Israel for a deadly airstrike on one of Bashar al-Assad’s air bases Monday, which comes two days after an alleged chemical attack that killed at least 40 near Damascus.

The attack on the air base in central Syria is believed to have killed 14, including some Iranian nationals.

“This is a very dangerous development. I hope at least that the US military and those of the countries participating in the coalition led by the United States understand that,” Russian Foreign Minister Sergey Lavrov said Monday at a press conference.

The United States and France have denied involvement in the attack and Israel has refused to comment, although Public Security Minister Gilad Erdan did discuss the strike indirectly during a Knesset meeting.

President Trump vowed there would be a "big price to pay" for the chemical attack but after the latest airstrike, Pentagon spokesman Christopher Sherwood said "at this time, the Department of Defense is not conducting airstrikes in Syria."

Russia says the attack on the on the Tiyas air base, or T-4 air base, was carried out at 4 a.m. by two Israeli F-15 fighter jets.

Syrian news agency SANA reported that eight of the missiles fired by Israel were downed but some got through resulting in what one military source said were “martyrs and wounded.”

According to Russia, however, the Israeli jets launched eight missiles at the air base but five were intercepted.