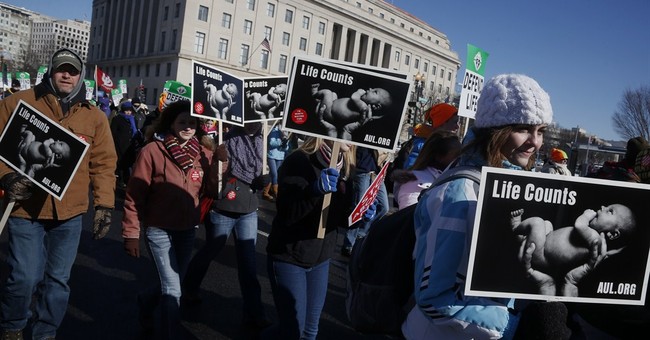 The Mississippi state Senate passed legislation Tuesday that would ban abortions after 15 weeks of pregnancy, which would make it the earliest abortion ban in the country if it’s signed into law.

The state’s Senate passed the House bill 35-14. It will now go back to the lower chamber for more debate before being sent to Republican Gov. Phil Bryant, who has been supportive of the measure and is expected to sign the legislation.

"I have repeatedly said, I want Mississippi to be the safest place in America for an unborn child," Bryant said, reports the Clarion Ledger. "House Bill 1510 will help us achieve that goal, and I encourage the House to pass it and look forward to signing it.

"Mississippians are committed to protecting the lives of unborn children, and this law will be a major step in accomplishing that goal," he said. "I am committed to making Mississippi the safest place in America for an unborn child."

Mississippi currently has a 20-week abortion ban and the state’s only abortion clinic performs the procedure up to 16 weeks. The Jackson Women’s Health Organization owner Diane Derzis has vowed to sue if the legislation is signed into law.

Derzis said the clinic will be forced to turn women away and send them out of state. This, she argued, is unconstitutional, citing the Supreme Court’s 1992 ruling in Planned Parenthood of Southeastern Pennsylvania v. Casey that states couldn’t put an “undue burden” on women seeking abortions.

"It's poor women forced into having a child they neither want nor can afford — and neither does the state of Mississippi," she said, reports the Clarion Ledger.