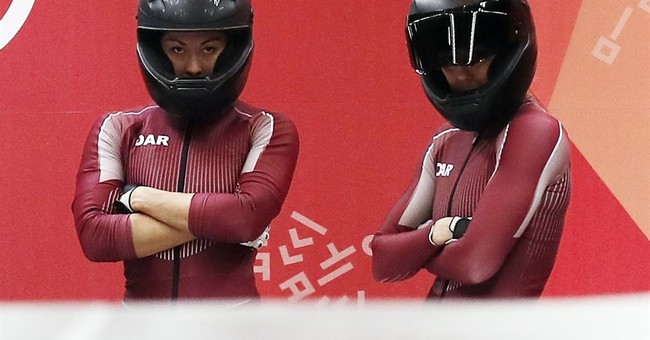 Bobsled athlete Nadezhda Sergeeva is the second Russian at the Pyeongchang Winter Olympics to fail a doping test.

The athlete tested positive for a banned heart drug on February 18, the Russian Bobsled Federation said Friday, noting that she did not have a prescription for the drug. She had provided a clean sample a few days earlier on February 13.

Sergeeva, 30, placed 12th in the two-woman bobsled competition this past Saturday. She was less than half a second from a podium time.

The news about Sergeeva comes one day after a bronze medal was stripped from Russian curling athlete Aleksandr Krushelnitckii, who had tested positive for meldonium in Pyeongchang.

Russian sports media are reporting that Sergeeva had trimetazidine in her system, citing a statement from the spokesman for the Olympic Athletes from Russia team. The drug was banned by WADA (the World Anti-Doping Agency) in 2014. (NPR)

The news comes one day before International Olympic Committee's executive board will make a final determination as to whether the country will be reinstated for the closing ceremony of the Games on Sunday.

According to The New York Times, however, the latest failed doping test may not affect the committee's decision-making.

"A senior I.O.C. official who is aware of the panel’s thinking, said the members most likely would not take the new failed test into consideration because the process of evaluating the sample and confirming it contained a banned substance was not complete," the Times reports.

Russia was banned from competing at the 2018 winter games in December due to the country's "systemic manipulation" of anti-doping rules. The I.O.C.'s ruling meant Russia's government officials couldn't attend the games, its flag would not be displayed, and its anthem would not be played. The 169 "clean" athletes from Russia who were allowed to compete had to do so wearing a neutral uniform.