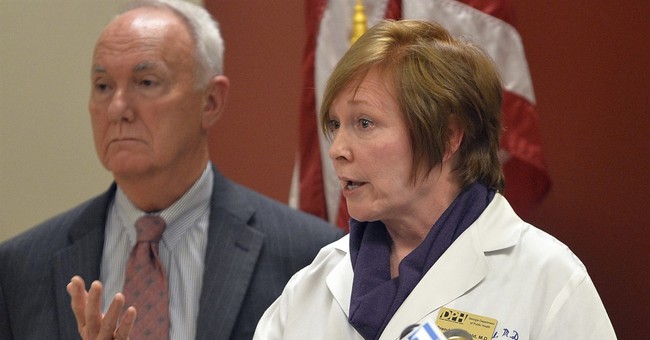 The head of the Centers for Disease Control abruptly resigned Wednesday after it was reported she purchased tobacco stocks while serving as one of the nation’s top public health officials.

"This morning Secretary [Alex] Azar accepted Dr. Brenda Fitzgerald’s resignation as Director of the Centers for Disease Control and Prevention," the Department of Health and Human Services said in a statement.

"After advising Secretary Azar of both the status of the financial interests and the scope of her recusal, Dr. Fitzgerald tendered, and the Secretary accepted, her resignation," the statement added. "The Secretary thanks Dr. Brenda Fitzgerald for her service and wishes her the best in all her endeavors."

Fitzgerald had also invested in food and pharmaceutical companies while she was on the job. According to Politico, she bought shares in Merck, Bayer, U.S. Food Holding Company, Humana, and Japan Tobacco.

To make matters worse, Fitzgerald toured the agency’s Tobacco Laboratory, which researches the harmful effects of tobacco's chemicals in human health, just one day after purchasing the tobacco stock.

Fitzgerald, who declined to be interviewed for this story, has made tobacco efforts a focus of her public health career, despite owning stock in the industry. She listed tobacco cessation as one of her primary priorities while still serving in the Georgia position in February 2017.Prior to accepting the CDC position, she owned stock in five other tobacco companies: Reynolds American, British American Tobacco, Imperial Brands, Philip Morris International, and Altria Group Inc. — all legal under Georgia’s ethics rules. HHS did not respond to questions about why she invested in tobacco companies while working to reduce tobacco consumption. (Politico)

“It’s stunning,” Matthew Myers, president of the Campaign for Tobacco-Free Kids, told Politico. “It sends two messages, both of which are deeply disturbing. First, it undermines the credibility of a public official when they argue that tobacco is the No. 1 preventable cause of disease. Second, and perhaps even worse, it indicates a public official is willing to put their personal profit above the ethics of investing in a company whose products cause so much harm.”