Mahmoud Abbas: US Can No Longer Broker Peace Process 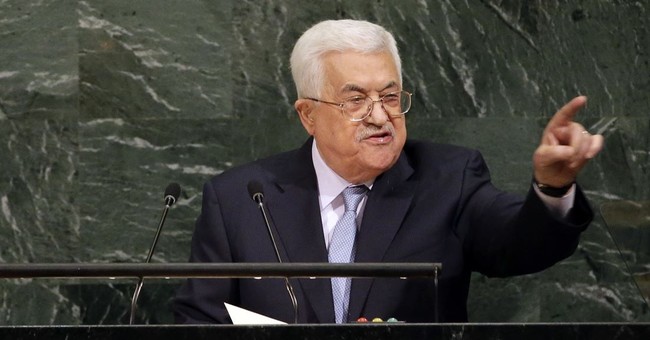 After the Trump administration’s decision to formally recognize Jerusalem as the capital of Israel, Palestinian President Mahmoud Abbas said the United States can no longer oversee the peace process.

"We reject the American decision over Jerusalem," he said, reports Reuters. "With this position the United States has become no longer qualified to sponsor the peace process."

“I have consistently spoken out against any unilateral measures that would jeopardize the prospect of peace for Israelis and Palestinians,” Guterres said. [...]

At the Jerusalem Post Diplomatic Conference on Wednesday in the country’s capital, UN Special Representative to the Middle East Peace Process Nickolay Mladenov said, “we all have to be very careful with the actions that we take.”

France’s president, Emmanuel Macron, also called the decision “regrettable” and said the status of Jerusalem was not for one country to decide, but a matter of international security, of consensus and of law.

The administration’s closest allies in the Arab world, on which it based its upcoming Mideast peace initiative, strongly condemned the move. Egypt said it refused to recognize it and warned of grave consequences. Turkey threatened to sever ties with Israel, and the State Department’s office for embassy security warned of planned protests in all of Turkey’s major cities.

From the Vatican, Pope Francis said, “I wish to make a heartfelt appeal to ensure that everyone is committed to respecting the status quo of the city, in accordance with the relevant resolutions of the United Nations.

“Jerusalem is a unique city, sacred to Jews, Christians and Muslims, where the holy places for the respective religions are venerated, and it has a special vocation to peace,” he added.

British Prime Minister Theresa May spoke against the decision at the parliament, and Labor Party leader Jeremy Corbyn attacked the move on Twitter as “a reckless threat to peace.” (Jerusalem Post)

White House Press Secretary Sarah Huckabee Sanders said the administration is not going to give up on the peace process after the recognition of Jerusalem as Israel’s capital.

"We are as committed to the peace process as ever" she told reporters this week.