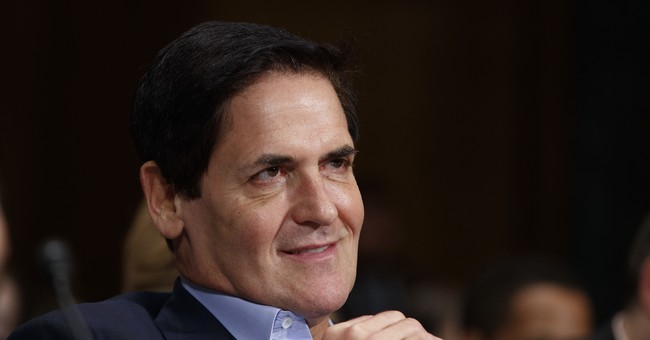 Mark Cuban, who endorsed Hillary Clinton in the 2016 election, said Thursday he’s considering running for president as a Republican so he could “go head on with Trump right in the primaries.”

“There’s nothing I’d have more fun doing,” the owner of the Dallas Mavericks said Thursday on CNBC.

Cuban acknowledged, however, that he’d prefer to run as an independent.

“Republican before Democrat, most likely independent because I think a lot — I think there’s an incremental value for setting up an independent candidacy. Now, I understand the difficulties of that and the challenges of that from an infrastructure perspective, but the positives of doing it as a Republican means you get to go head on with Trump right in the primaries. There’s nothing I’d have more fun doing. The benefit of being an independent is you go right to the golden ticket time, right. And if I get enough support in the polls, then I get to participate with the debates, which is right up there with something,” he said.

Host Andrew Ross Sorkin then asked if he was serious about running.

The billionaire businessman only committed to “considering” it but pointed to the burden it would place on his three young children.

Last month Cuban said much the same, telling CNN he’s considering it but is not ready to commit.