Guess Which Group Refuses to Give Back Harvey Weinstein's Donations 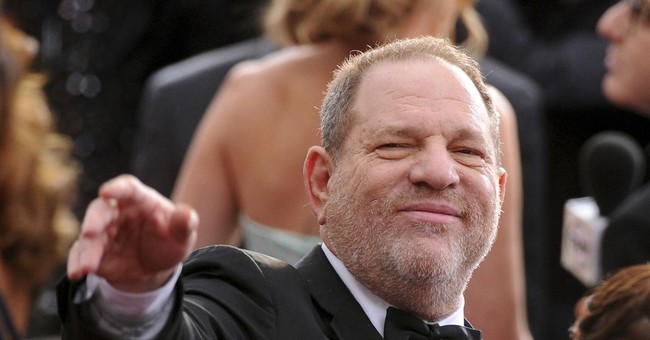 While a number of Democratic lawmakers who received donations from Harvey Weinstein have pledged to give the money back or donate it to charitable causes, not surprisingly, the Clinton Foundation said it will not return as much as $250,000 in contributions from the Hollywood producer.

The foundation’s decision comes after dozens of women came forward to accuse the movie mogul of rape, sexual assault, and harassment.

Weinstein’s donations, which ranged between $100,000-$250,000, were already spent on charitable causes, the foundation told The Daily Mail.

The spokesman said the foundation already spent the money on its programs, such as lowering the cost of HIV medication and supporting women and girls in developing countries.

The foundation said it supports commitments to combat human trafficking, and runs the No Ceilings Project ‘which aims to advance the full participation of girls and women around the world’ through ‘data-driven analysis on gender inequality, an in-depth conversation series, innovative partnerships, and CGI commitments.’ (Daily Mail)

The Clinton Foundation is not the only organization to refuse to return Weinstein’s donations, however. Last week Rutgers University said it would not be returning a $100,000 donation from Weinstein to help support the school’s Gloria Steinem Chair in Media, Culture, and Feminist Studies.

Senate Minority Leader Chuck Schumer, Sens. Al Franken, Elizabeth Warren, and Cory Booker, among other Democratic lawmakers, said they would donate the funds they received from Weinstein to charities focused on women’s rights.

Hillary Clinton, whodenied Weinstein gave her “a lot” of money, said she would be donating the funds as well.

Weinstein gave the former secretary of state $46,350 during her presidential candidacy and to HILLPAC, a political action committee through which she supported other Democrats while she was in the Senate.

"What other people are saying, what my former colleagues are saying, is they're going to donate it to charity, and of course I will do that," she said on CNN. "I give 10 percent of my income to charity every year, this will be part of that. There's no – there's no doubt about it."