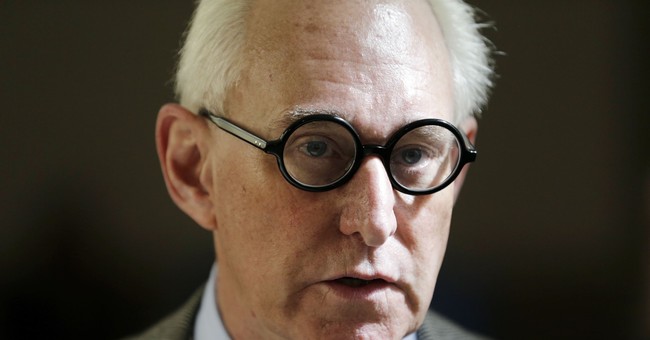 Roger Stone, former adviser and friend to President Trump, will testify before the House Intelligence Committee Tuesday as part of the investigation into Russian efforts to influence the 2016 presidential election.

Stone will finally have the opportunity to address several charges of collusion from Democratic lawmakers—notably Reps. Adam Schiff and Jackie Speier—that he did Russian President Vladimir Putin’s “bidding,” “engage[d] with him,” and was even on the Kremlin’s payroll.

“I am most interested in correcting a number of falsehoods, misstatements, and misimpressions regarding allegations of collusion between Donald Trump, Trump associates, the Trump Campaign and the Russian state,” Stone will say in his opening statement provided to the Daily Caller.

“I view this as a political proceeding because a number of members of this Committee have made irresponsible, indisputably, and provably false statements in order to create the impression of collusion with the Russian state without any evidence that would hold up in a US court of law or the court of public opinion.”

Stone will specifically take on Schiff’s suggestion that he colluded with Russian hackers based on comments he made regarding the hacking of former Clinton campaign manager John Podesta.

“Is it a coincidence that Roger Stone predicted that John Podesta would be a victim of a Russian hack and have his private emails published, and did so even before Mr. Podesta himself was fully aware that [his] private emails would be exposed?” Schiff asked in a hearing earlier this year.

However Stone’s tweet only said, “Trust me, it will soon be the Podesta’s time in the barrel.”

“Note, that my Tweet of August 21, 2016, makes no mention, whatsoever, of Mr. Podesta’s email, but does accurately predict that the Podesta brothers’ business activities in Russia with the oligarchs around Putin, their uranium deal, their bank deal, and their Gazprom deal, would come under public scrutiny,” he says in his opening statement. “Podesta’s activities were later reported by media outlets as diverse as the Wall Street Journal and Bloomberg.”

Recommended
Did You Catch How a CNN Chyron Identified Kyrsten Sinema?
Leah Barkoukis

In conclusion, Stone argues there was a foreign government colluding with a presidential campaign—but it wasn’t Donald Trump’s. He suggests Congress begin looking into the "numerous, publicly documented contacts between Ukraine and the Clinton campaign, particularly in light of recent public reports that Ukraine is now providing sophisticated missile technology to North Korea."

Everything Is Worse Under Biden
Townhall
And? LOL! Jennifer Rubin's attempt at lecturing Virginians about 'getting what they voted for' with Glenn Youngkin BACKFIRES spectacularly
Twitchy
Absolute Clown Show: The FBI Abruptly Changes Course on the Texas Synagogue Attack
Redstate
The Morning Briefing: Democrats Remain Disturbingly Fond of Islamic Terrorists
PJ Media