Trump on Obamacare Repeal Effort: 'That's the End of That' 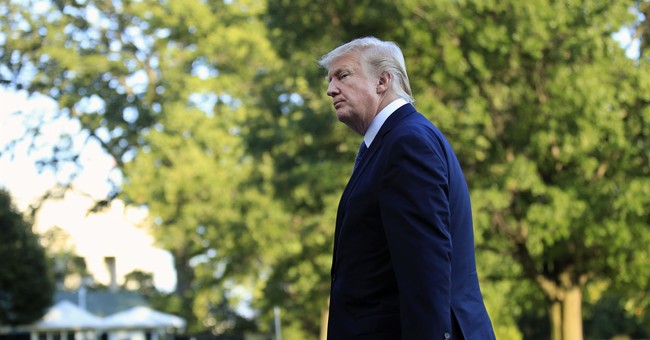 President Trump slammed Sen. John McCain during a radio interview Monday and seemed to acknowledge the fate of the GOP’s latest effort to reform healthcare.

“Looks like Susan Collins and some others who will vote against,” Trump said on the “Rick & Bubba” radio show. “We’re going to lose two or three votes and that’s the end of that.”

And McCain was largely to blame, he argued.

The Arizona Republican not only was the deciding vote against the ‘skinny’ Obamacare repeal effort in July but also said Friday that he would not vote for the latest healthcare reform effort.

“The only reason we don’t have [repeal is] because of John McCain,” Trump said.

“What McCain has done is a tremendous slap in the face of the Republican party,” he continued. “Without John McCain, we already have the health care.”

McCain announced last week that he “cannot in good conscience” vote for the repeal effort, citing how quickly the bill was being pushed.

"Without a full CBO score, which won't be available by the end of the month, we won't have reliable answers to any of those questions," he said.

Trump responded Saturday morning, charging that the Arizona Republican “never had any intention” of voting for the legislation championed by Sens. Lindsey Graham and Bill Cassidy.

“John McCain never had any intention of voting for this Bill, which his Governor loves. He campaigned on Repeal & Replace. Let Arizona down!” Trump tweeted.

Sen. Rand Paul also expressed his opposition to the legislation, noting that it doesn’t repeal Obamacare.

“I won't vote for Obamacare Lite that keeps 90% of the taxes & spending just so some people can claim credit for something that didn't happen,” he tweeted last week.

Republicans can only afford to lose three votes on the legislation, which needs to pass by the procedural deadline of Sept. 30 when only a simple majority is required.