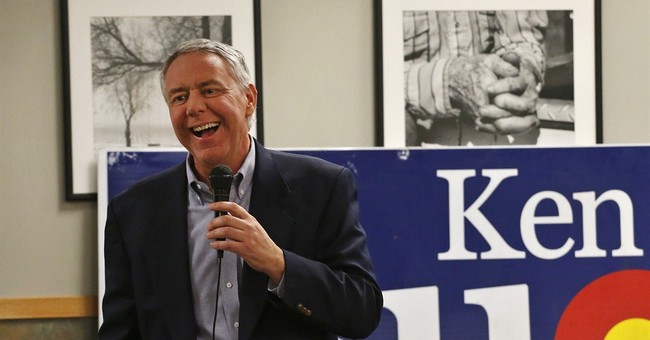 Rep. Ken Buck has declared that the Republican Party is dead.

“At one time, the blood of the people coursed through its veins, enlivening the party with their values and virtues, their goals and dreams,” the Colorado Republican wrote in an opinion piece for the Denver Post.

But those people have been abandoned by the GOP, he argued, noting “it no longer has a vision for a better America.”

Buck said going into the 2016 election Republicans were still standing on their principles—fighting for limited government, balancing the budget, job creation, and border security. The party also promised it would finally repeal Obamacare and reform the tax code. But six months later, Buck has grown frustrated with the Senate’s failure to pass an Obamacare replacement plan, hardly any movement on tax reform, and a spending bill that he says “betrays our values.”

“After eight years of assuring that unified Republican government would allow for conservative policy, our Republican Congress has accomplished little, except for passing a spending bill that shackles the aspirations of future generations with crippling debt,” he said.

Principled leaders have been replaced by lobbyists and special interests, leaving everyday Americans with nothing more than a hefty national debt to pay off, a failing health care market, and an unfair tax code.

“More than anything else, we need a vision, someone who has a message and a plan to unify this country. Instead, we’ve assembled a “B-team” of messengers who distract the nation with frivolities,” he wrote.

“We care about the meaningful. We have a vision for the meaningful,” he said, speaking on behalf of Coloradans. “If we can pass a balanced budget amendment, a responsible spending bill, and reforms of our health care system, of our tax system, of our entitlement system, and of our immigration system, then we can begin to fulfill the one-time destiny of this party, a destiny to offer hope and prosperity to the people of this great nation.”