Trump Insists There's No Chaos at the White House 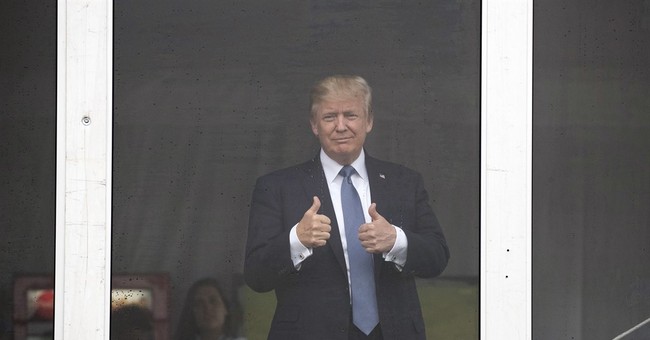 Shortly after, Trump said his administration “has done very well.”

“We’re doing very well. We have a tremendous base,” Trump told reporters as he posed for photographs with Kelly. “The country is optimistic. And I think the general will just add to it.'

“We all know him. We respect him. I admire what he's done,' Trump said the retired four-star general. “At Homeland [Security] what he has done has been nothing short of miraculous. As you know, the border was a tremendous problem. And now, close to 80 per cent stoppage.”
He also predicted Kelly would be one of the best chiefs of staff ever.

“I predict that General Kelly will go down, in terms of the position of chief of staff, one of the great[est] ever,” he added.

Trump’s former campaign manager said Kelly will likely “restore order to the staff” but Trump will remain the same.

“I say you have to let Trump be Trump. That is what has made him successful over the last 30 years. That is what the American people voted for,” he said on NBC’s “Meet the Press.” 'And anybody who thinks they're going to change Donald Trump doesn't know Donald Trump.'