Trump: 'Everyone' at G20 Is Talking About John Podesta, DNC 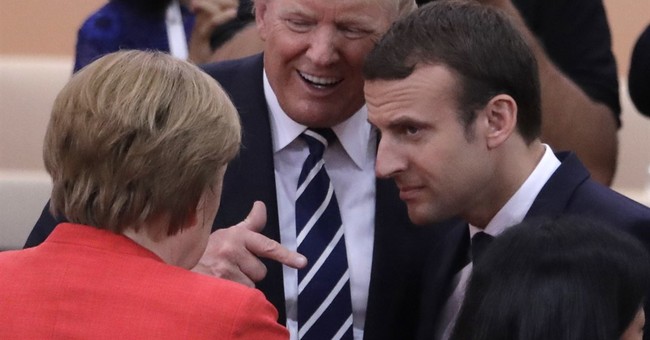 President Trump took to Twitter Friday to discuss his meetings at the G20 summit in Germany and said everyone there was talking about how Democrats handled the hackings that took place during last year’s election season.

“Everyone here is talking about why John Podesta refused to give the DNC server to the FBI and the CIA. Disgraceful!” he wrote.

The DNC initially refused to allow the FBI direct access to its servers in the wake of the cyberattack.

Former FBI Director James Comey told Congress in January that the agency and the DNC ultimately agreed that a “highly respected private company” would examine the servers and share its findings with the FBI.

The House Intelligence Committee interviewed Podesta, whose personal account was breached, in its ongoing probe of the Russian hacks late last month.

Podesta was not working for the DNC at the time and would have had no authority over their servers. (The Hill)

The DNC responded to Trump’s tweet Friday morning, noting that Podesta “never ran the DNC” and that the DNC did work with the “FBI to kick out Russians” as well as with the Department of Homeland Security.

2) DNC worked with FBI to kick out Russians. Worked with DHS.