US to Send Thousands of Additional Troops to Afghanistan 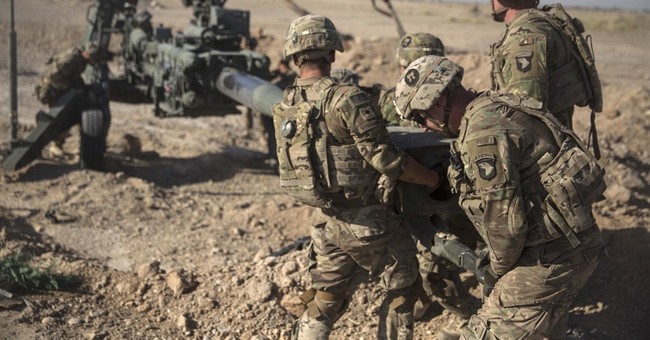 The United States will send an additional 4,000 troops to Afghanistan, the Associated Press reported Friday.

Defense Secretary Jim Mattis is expected to officially announce the decision as soon as next week, a Trump administration official told the AP.

“[The decision] follows Trump's move to give Mattis the authority to set troop levels and seeks to address assertions by the top U.S. commander in Afghanistan that he doesn't have enough forces to help Afghanistan's army against a resurgent Taliban insurgency. The rising threat posed by Islamic State extremists, evidenced in a rash of deadly attacks in the capital city of Kabul, has only fueled calls for a stronger U.S. presence, as have several recent American combat deaths.

The bulk of the additional troops will train and advise Afghan forces, according to the administration official, who wasn't authorized to discuss details of the decision publicly and spoke on condition of anonymity. A smaller number would be assigned to counterterror operations against the Taliban and IS, the official said.

The report comes days after Mattis acknowledged during testimony before the Senate Armed Services Committee that the United States is “not winning” the 16-year war in Afghanistan.

“We are not winning in Afghanistan right now. And we will correct this as soon as possible,” he said.

The comments came after a tense exchange with Chairman John McCain about the lack of an Afghanistan strategy six months into the Trump administration.

Mattis assured the chairman he will brief the committee in detail on a new strategy by mid-July.