Issa: Comey 'Had Become in Love With the Camera’ 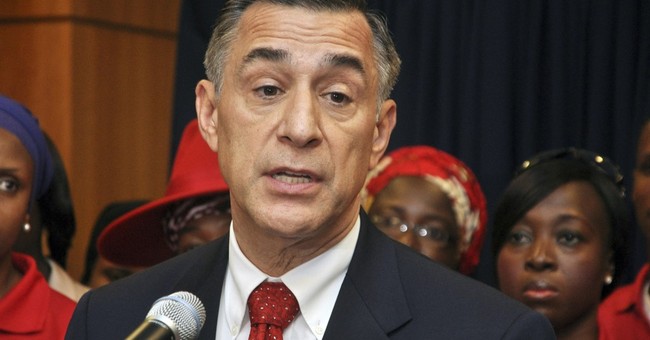 Rep. Darrell Issa slammed former FBI Director James Comey Friday for being disrespectful of the Constitution and being too fond of the spotlight.

"I for one thought that Comey ill-served the American people when he tried to stretch beyond all reason the Fourth Amendment to hack into your iPhones," he told reporters. "So I have had a belief that he didn't respect the Constitution, had become in love with the camera, which is normally for politicians, and that he began thinking that he was somehow larger than the FBI Director and effectively being the FBI Director and the Department of Justice."

Issa was also asked whether he shared President Trump's views that the appointment of a special counsel to oversee the Russia investigation was a witch hunt.

“I don’t personally believe in witches,” he joked. “But the director’s job is to go where the facts lead … now, all special prosecutors turn over a lot more rocks than anybody else in the executive branch wants.”

He continued: "I don't think the American people or our president should be concerned. … Yes, he's going to find things beyond the scope that the narrowest interpretation of either Republicans or Democrats would want, but I think the American people deserve the scope to be as broad as necessary to regain confidence in our elected officials, in our appointed officials, in our elections."