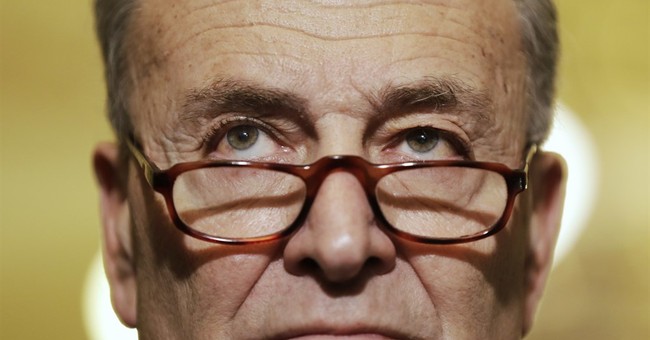 President Trump said he will nominate someone to be FBI director that he believes the Senate will confirm, but Democrats are already weighing whether to stonewall whoever Trump chooses until a special prosecutor is appointed to investigate Trump's potential ties to Russia.

“Yes. I want to pick somebody that can be confirmed,” he told Fox News’s Judge Jeanine Pirro. “Look, I thought this would be a very popular thing that I did when I terminated Comey. Because, all of the Democrats cannot stand him. But because I terminated him they said, 'we’ll get political points and go against Trump.' I assumed it would be fairly popular ... this is total obstruction.”

Senate Minority Leader Chuck Schumer said on CNN’s “State of the Union” Sunday that he liked Sen. Mark Warner’s idea to refuse to vote on a nomination of a new FBI director until a special prosecutor is appointed.

"I think mark Warner’s idea is a good idea and I this I it will get broad support in our caucus,” he said. “The key here of course is getting some of our Republican colleagues to join us. We’re hoping, we’re waiting, we understand it’s difficult, but I think patriotism and the needs of this country demand it."