US, China Reach Deal That Will Reduce Massive Trade Deficit With Beijing 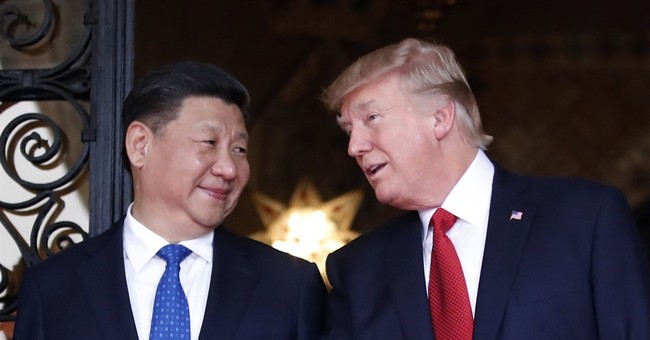 The White House announced it reached trade deals with China Thursday that will increase access for U.S. financial firms as well as expand beef and chicken trade. The agreements will also help reduce Washington’s trade deficit with Beijing.

China and the U.S. had previously committed to more market access on most of these trade issues over the years but implementation had been repeatedly delayed.

The latest agreements set a series of new deadlines for the trade issues although specifics about how each component will be accomplished weren’t included in the Trump administration’s fact sheets provided to reporters.

Ross highlighted his expectation that the improved flow of trade with China will start lowering the nation's $347 billion trade deficit with China  by the end of the year although he didn't provide any estimates of how much. […]

As part of the deal, Ross told reporters that China has agreed to accept U.S. beef imports by July 16, which would be nearly a year after Beijing said it would start buying beef again under the Obama administration.

The two nations agreed to restart sales in September but U.S. producers were unable to get their beef into China.

China stopped importing U.S. beef in 2003 when mad cow disease became a problem for some herds.

The deal was praised by president of the National Cattlemen’s Beef Association, Craig Uden.

“It’s impossible to overstate how beneficial this will be for America’s cattle producers, and the Trump administration deserves a lot of credit for getting this achieved,” he said.

In return, the United States will resolve outstanding issues around the import of cooked poultry from China, which has been in a holding pattern for nearly three years.

But China's food safety system still needed clearance from the Agriculture Department before chickens could be sent here.

China just agreed that the U.S. will be allowed to sell beef, and other major products, into China once again. This is REAL news!