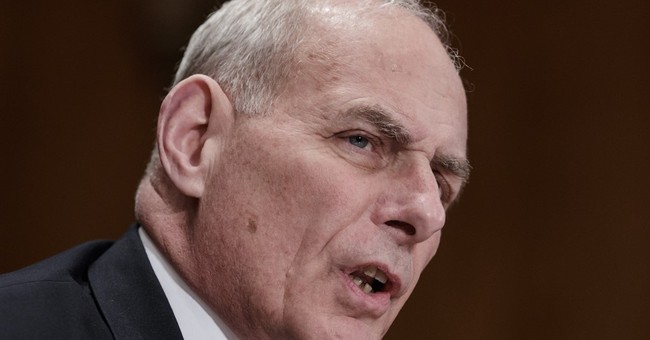 Department of Homeland Security Secretary John Kelly said this week that work on the border wall will move forward in a few short months.

“I think something in the neighborhood of 100 counties from across the nation have shown interest and are starting to put together their prototypes,” Kelly told Fox News’s Martha MacCallum on “The First 100 Days.”

“But I think by late spring, early summer, we’ll have some prototypes and then we’ll be able to move forward into the summer. We’re going to get at it as quick as we can.”

Kelly was at the U.S.-Mexico border with Attorney General Jeff Sessions for a two-day tour, with scheduled stops in San Diego and El Paso.

Office of Management and Budget Director Mick Mulvaney said Thursday that funding for the wall must be included in the upcoming spending bill.

"We want wall funding. We want [immigration] agents. Those are our priorities," he said.

"We know there are a lot of people on the Hill, especially in the Democratic Party, who don't like the wall, but they lost the election. And the president should, I think, at least have the opportunity to fund one of his highest priorities in the first funding bill under his administration."