Trump on North Korea: If China Isn't Going to Stop Them, We Will 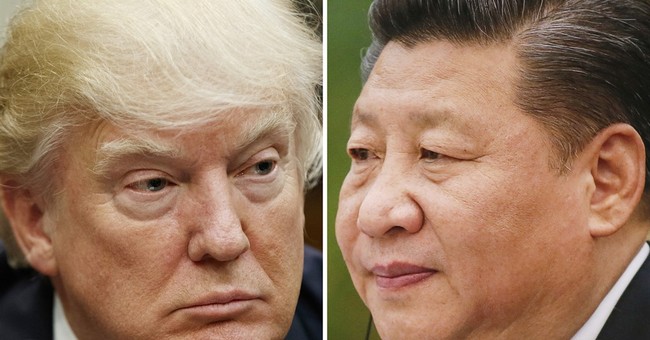 President Trump said the U.S. may take on North Korea alone in an effort to rein in the regime’s increasingly aggressive nuclear weapons program.

"China will either decide to help us with North Korea or they won't," Trump said in Financial Times interview published Sunday. "If they do, that will be very good for China, and if they don't, it won't be good for anyone."

Trump has repeatedly argued that China is responsible for North Korea’s continued nuclear proliferation and said he plans to use trade as “the incentive” for the country to remedy the situation.

China’s President Xi Jinping will visit the U.S. this week, during which time Trump will bring up the issue.

If that doesn’t work, however, the president said the U.S. could solve the problem without China’s help.

"If China is not going to solve North Korea, we will," he told the Financial Times.

U.S. Ambassador to the United Nations Nikki Haley said China has to prove they are serious about stopping North Korea.

The U.S. should "no longer take the excuses from China that 'they're concerned,'" she said in an interview with ABC News on Sunday.

"They need to show us how concerned they are... the only country that can stop North Korea is China, and they know that," she added.