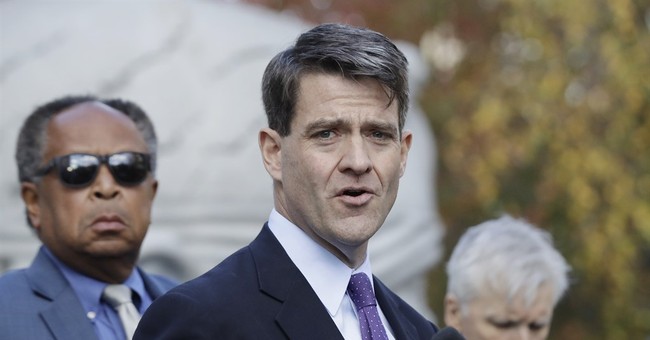 Bill Baroni, 45, was the first of two former Christie allies to be sentenced Wednesday after being convicted in November of all the counts against them, including wire fraud, conspiracy and misusing the bridge for improper purposes. […]

The government's star witness, David Wildstein, testified that he and the co-defendants plotted to cause gridlock to retaliate against the Democratic mayor of nearby Fort Lee for not endorsing Christie's re-election. Fort Lee was plunged into gridlock for four days in September 2013. Text messages and emails produced at trial showed Mayor Mark Sokolich's increasingly desperate pleas for help being ignored by Kelly and Baroni.

"I let a lot of people down who believed in me and relied on me. Most of all I let Mark Sokolich down. That was my choice and my responsibility. And I made the wrong choice," Baroni told U.S. Judge Susan Wigenton ahead of sentencing.

"I was wrong and I am truly sorry, and I've waited three years to say that."

The judge said Baroni’s decision "was completely intended to wreak havoc” and only served a punitive purpose.”