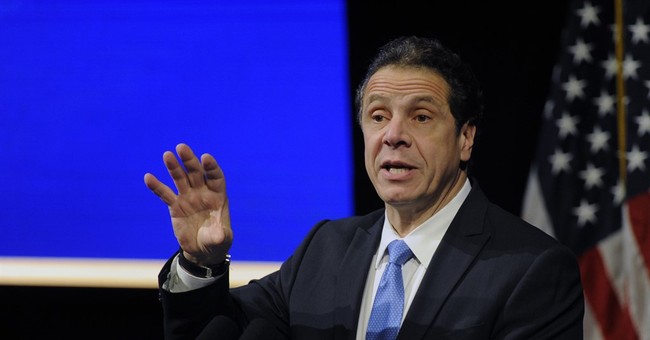 Democrats in the New York Assembly are backing measures that would prohibit state and local law enforcement from helping the feds with immigration enforcement.

One bill would prohibit state and local law enforcement from questioning or arresting a person based on their perceived immigration status or any suspected violation of federal immigration law. Another would ensure that people are not unnecessarily questioned about their immigration status when seeking state or local government services.

State and local government agencies also would have to keep the immigration status of clients private. People who are threatened with deportation would have an automatic right to legal representation.

Assemblyman Francisco Moya, who sponsored many of the measures, said the Liberty Act is necessary in light of President Trump’s executive order on immigration.

“Nowhere should the philosophy inscribed in the Statue of Liberty be more pronounced than in the laws of the state in which she sits,” Moya said.

Republicans in the Assembly pushed back on the progressive legislation, which puts “illegals before law-abiding citizens” and in some cases would force state and local law enforcement officials to “violate federal law,” Assemblywoman Nicole Malliotakis said.

“To sit here and debate for hours legislation that would protect individuals who are here illegally and committing crimes is really, frankly, I don’t believe what our constituents are sending us here to do,” she said.

Other Republicans worried about Trump’s threats to strip federal funding from states that establish sanctuary status.

“I think this is a mistake; it’s political theatrics,” Assemblyman Al Graf, a Republican from Long Island, said, adding that it’s like “playing chicken with a semi.”

The measures are unlikely to make it through the Senate, however, as Republicans control the state’s upper chamber.

Still, Democrats are holding out hope.

“We hope that the good conscience of the Senate will do the right thing,” said Assembly Speaker Carl Heastie.