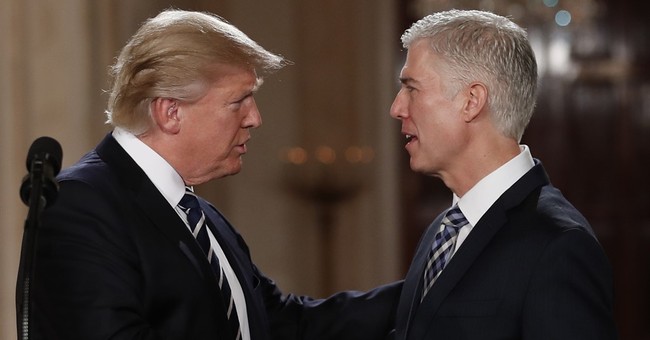 After President Trump announced that he was nominating Judge Neil Gorsuch to the U.S. Supreme Court, liberals wasted no time not only opposing the pick, but also claiming the vacant seat was “stolen.”

“Donald wants to put Judge Gorsuch in the Supreme Court seat the GOP stole from President Obama. Add your name to tell the Senate to reject his nomination,” the Democratic National Committee said in a fundraising email.

The banner at The Huffington Post called the nomination “The Heist of a Century”while The Nation’s reads, “Republicans Stole a Supreme Court Seat From Obama—and Are Putting Another Scalia In It.”

Senate Democrats even made the charge.

“If President Trump were serious about healing the divisions in America and undoing the damage wrought by Senate Republicans last year, he could have named Merrick Garland to fill this seat,” said Sen. Jeff Merkley. “This is a stolen seat being filled by an illegitimate and extreme nominee, and I will do everything in my power to stand up against this assault on the Court.”

Let’s be clear. The seat was not stolen. During an election year, and under a divided government, historical precedent supports the GOP’s position not to move on former President Obama’s nominee, Judge Merrick Garland. It’s something even top Democrats like Joe Biden, Harry Reid, Chuck Schumer, and Patrick Leahy understood and agreed with once upon a time.