Human Rights Group: Rise of Trump Makes US One of Biggest Threats 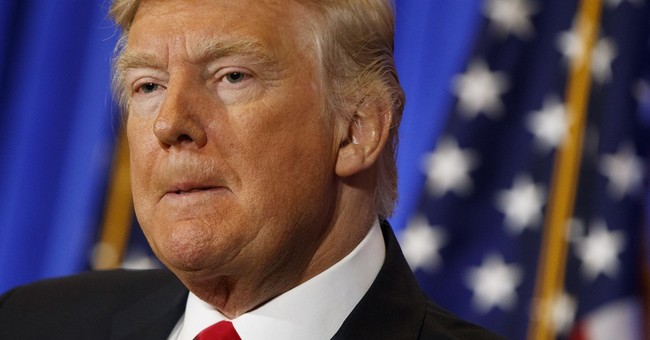 Citing President-elect Donald Trump, Human Rights Watch has listed the United States as one of the biggest threats to human rights around the world.

In the report, HRW notes that his “campaign was marked by misogynistic, xenophobic and racist rhetoric,” and that his policies could “cause tremendous harm to vulnerable communities, contravene the United States’ core human rights obligations, or both.”

While the group has previously criticized the United States for its interrogation techniques post 9/11, the organization’s executive director said Trump’s rise is much more serious. The report cites his campaign promises to deport millions of illegal immigrants, temporarily ban Muslims from entering the U.S., and an openness to the use of waterboarding once again.

“This is a more fundamental threat to human rights than George Bush after 9/11. I see Trump treating human rights as a constraint on the will of the majority in a way that Bush never did,” Kenneth Roth told The New York Times.

The group further notes that his rise can be seen as part of a populist movement sweeping the Western world.

“I wouldn’t say Trump is a trendsetter as much as riding the populist wave,” Roth told the Times.

Casting the U.S. as a bad actor complicates matters for HRW, given that its work focuses in part on pressuring the U.S. to use its influence to curb human rights abuses around the world.

If the Trump administration is not receptive to these efforts, Mr. Roth said, the United States will cease to play that role.

Even now, Human Rights Watch regularly faults the Obama administration. The report notes that the United States lifted a ban on the sale of lethal arms to Vietnam even though the country had made little progress in protecting human rights and that it continued to give military aid to Egypt’s authoritarian government.

As it confronts the populist wave in the United States and Europe, Mr. Roth said, Human Rights Watch is shifting its emphasis from the White House and foreign governments to the public. In Washington, officials said, it also planned to lobby Congress more aggressively.

“Our recommendations are not so much to governments as to people,” Roth told the Times. “We’re trying to issue a wake-up call to Western publics to stand up.”