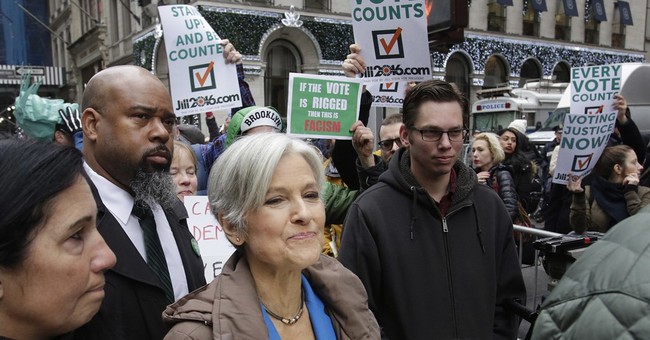 A federal judge in Michigan issued an order for the state to move forward with its recount effort on Monday.

The move comes after former Green Party nominee Jill Stein requested the recount in the state, which President-elect Donald Trump won by .2 percentage, or slightly less than 10,000 votes.

Wisconsin started its recount last week, and despite plans to drop the recount in Pennsylvania, she now says she will “escalate” her efforts there.

Stein has raised roughly $7 million toward recount efforts in the three states.

“This is not simply an abstract concern. This is a very real concern that these votes from the communities of color be respected, and that we affirm that they are not once again being tossed into the dustpan here and disrespected. So we are standing firm for the hard-won and hard-fought right to vote, particularly for people of color," Stein said at a rally outside Trump Tower on Monday.

Michigan Attorney General Bill Schuette filed a lawsuit last week over Stein’s “frivolous recount” to “protect the interests of the taxpayers of Michigan.”

I am pleased the Michigan Court of Appeals has chosen to take up the issue of the frivolous recount being demanded by @DrJillStein.

Her insistence on a recount despite only getting 1% of the vote has created chaos for our county clerks & will cost Mich taxpayers millions.