Will the Election Be Hacked? Feds Have 'All Hands on Deck' to Thwart Cyber Attacks 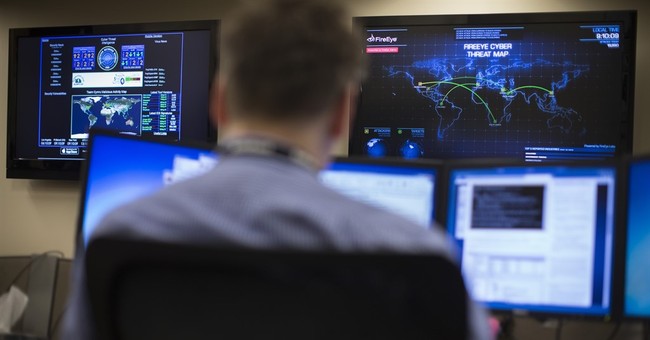 As millions of Americans head to the polls today the U.S. government will be doing all it can to guarantee the integrity of the election. Foremost among their concerns is the threat of a cyber attack attempting to interfere with the election process.

Cyber centers at the Department of Homeland Security, the Justice Department and the FBI — as well as the Pentagon, the CIA and other intelligence agencies — will be on alert, with extra staff hunting for any possible threat, officials say.

The concern is so high, intelligence officials told NBC, that for the first time, hundreds of military and intelligence cyber experts who work out of top secret facilities, including underground bunkers, will be monitoring intelligence about a U.S. presidential election. They will react to any threat to the federal government's communication and command systems.

"It's all hands on deck," one senior intelligence official said, reports NBC News.

The U.S. government formally placed the blame on Russia for leaking thousands of emails from the Democratic National Committee and other high profile Democrats in an attempt to sway the election. WikiLeaks’ Julian Assange ardently denied that Russia had anything to do with the emails they’ve released, however.

American officials are worried Russia will use its cyber capabilities to try to disrupt the presidential election itself, possibly by releasing fake documents and creating bogus social media accounts designed to spread misinformation.

On Tuesday, former NATO commander Admiral James Stavridis told CNBC his concerns about possible Russian activity included a dump of false documents and an attack on the U.S. power grid.

"There is maybe a one in three chance of this happening but it's not insignificant," said Stavridis.

On Friday, hacker “Guccifer 2.0”, which the U.S. believes is also Russia, tweeted about monitoring the U.S. election “from inside the system,” giving further cause for concern.

I'll be an independent observer at the U.S. #Elections2016
I call on other hackers to monitor the elections from inside the system

“There is a whole-of-government effort in cyber around the election," a senior intelligence official said, reports NBC News.