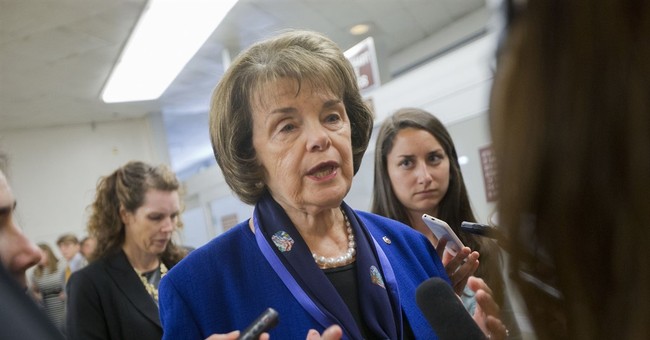 The same day as the terrorist attack in Paris President Obama said in an interview with ABC’s “Good Morning America” that ISIS had been contained. It was a dubious statement to begin with, and just nine hours later the world witnessed how wrong he was. Now, not even top Democratic lawmakers seem to have his back.

Sen. Dianne Feinstein said on MSNBC’s “Andrea Mitchell Reports” on Monday that she has “never been more concerned” about the terrorist group.

“I read the intelligence faithfully,” she said. “ISIL is not contained. ISIL is expanding. They just put out a video saying it is their intent to attack this country. And I think we have to be prepared. I think hopefully France will go for a Chapter 5, which will bring NATO into it. Hopefully we will work with our allies to put together the kind of coalitions and attack plans in more than one place at a given time.”

She insisted the only way to diminish the growing group is by “taking them out.”

“They are in more than a dozen countries now,” she added. “They are sophisticated. They have apps to communicate and that cannot be pierced even with a court order. So they have a kind of secret way of being able to conduct operations and operation planning. So we should take this very, very seriously.”

Now, if only she could convince the president of that.