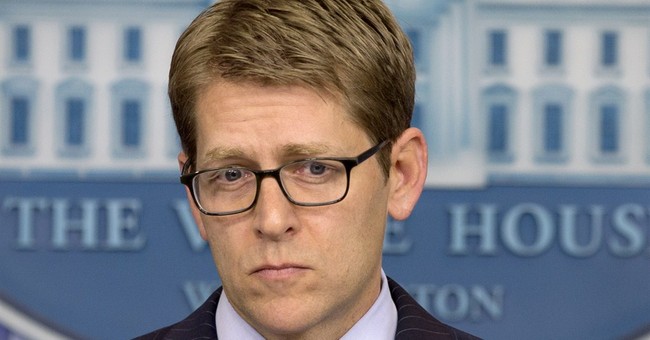 “He has become more testy, more combative, more personal with the White House Press Corps than anyone in his position prior,” Concha wrote in the March 2013 column. “It seems if any reporter questions this White House—which has arguably experienced its worst month if recent precipitous drops in the polls are any indication—they are attacked publicly and directly.”

Now it seems that time may have come. The Daily Caller has the details:

The Mirror sought comment from White House Deputy Press Secretary Josh Earnest, the man who could very well replace Carney when he makes the jump. He gave the old non-denial denial: “We routinely decline to comment on speculation about personnel matters,” Earnest told The Mirror.

I’m sure if asked though, Carney would refer you to someone else anyway.