IG: US Gov’t Has Paid $150 Million to Companies With Ties to Terror Groups 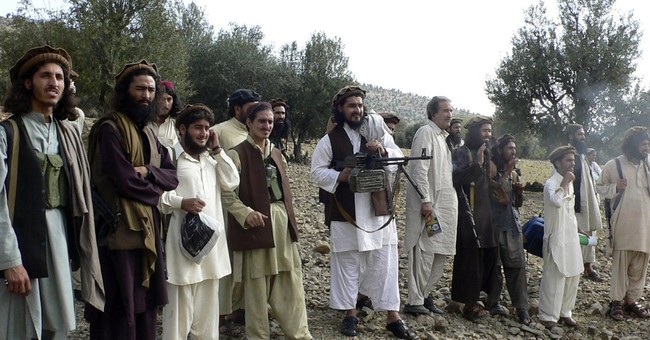 Taxpayer money is reportedly being used to fund an Afghan company with ties to terrorist organizations, according to Special Inspector General for Afghanistan Reconstruction John Sopko. In a letter to Secretary of Defense Chuck Hagel from earlier this month, Sopko discussed the case of a contract with Zurmat Material Testing Laboratory, which supplied bomb-making materials to insurgents. Zurmat is just one example of a broader problem, however.

According to SIGAR, the issue is much broader, as the U.S. government has paid $150 million to companies in Afghanistan with links to insurgents.

Zurmat Material Testing Laboratory, part of the Zurmat Group, received government funding to build American-controlled facilities in Afghanistan in November 2012, despite being flagged six months earlier by the Department of Commerce because it supplied bomb-making supplies to insurgents, the Nov. 8 letter said.

On Sept. 17, 2012, U.S. Central Command identified the Zurmat Group and its subsidiaries as “actively supporting an insurgency.” Marine Gen. James Mattis, then the CENTCOM commander, invoked the federal law that prohibits U.S. armed forces from contracting with the enemy, and he requested that the Zurmat Group be formally banned from doing business within CENTCOM’s area of operations.

But neither move prevented Zurmat employees from gaining access for two days to the Parwan Justice Center Complex, which includes a U.S.-run prison at Bagram Airfield. SIGAR uncovered the issue in a 2013 audit into the project that uncovered construction defects.

But instead of doing just that, Sopko explains that the Army’s position has been to stand up for contractors’ “due process rights.”

“The Army Suspension and Debarment Office appears to believe that suspension or debarment of these individuals and companies would be a violation of their due process rights if based on classified information or if based on findings by the Department of Commerce,” he said.

“The idea that U.S. taxpayer dollars are flowing into the hands of terrorist groups bent on killing Americans is unthinkable and unacceptable,” Sen. Jeanne Shaheen, D-N.H., a member of the Senate’s Armed Services and Foreign Relations committees, reportedly said in a statement on the matter, according to Fox News.