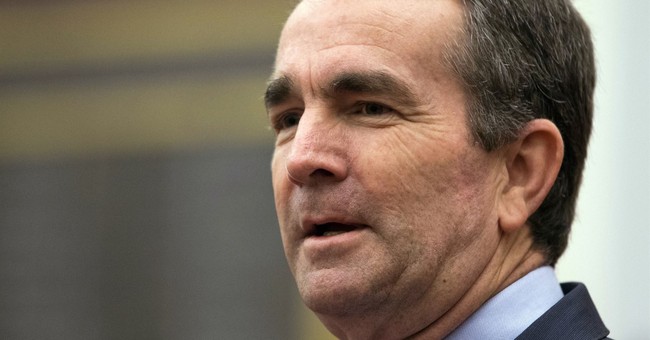 Ofirah Yheskelm, a spokesperson for Virginia Gov. Ralph Northam (D), released a statement late Wednesday on the remarks Gov. Northam made on WTOP earlier defending leaving infants born alive to die when he was asked about a late-term bill.

Many people, including Sens. Marco Rubio (R-FL) and Ben Sasse (R-NE), expressed outrage at these remarks which seemed to endorse letting infants die after birth.

Northam’s spokesperson claimed in her statement that the governor’s comments were only referencing cases such as a nonviable pregnancy or severe fetal abnormality.

"No woman seeks a third trimester abortion except in the case of tragic or difficult circumstances, such as a nonviable pregnancy or in the event of severe fetal abnormalities, and the governor's comments were limited to the actions physicians would take in the event that a woman in those circumstances went into labor,” Yheskel said in the statement.

“Attempts to extrapolate these comments otherwise is in bad faith and underscores exactly why the governor believes physicians and women, not legislators, should make these difficult and deeply personal medical decisions,” she added.

While that response narrows down what infants the governor was talking about, it does not dispute the claim that the governor was discussing allowing infants to die after birth in the case he broadly referred to as “severe deformities,” in addition to “nonviable” infants who are likely to die anyway shortly after birth.

Many on Twitter pointed out that the term “severe fetal abnormalities” encompasses a swath of diagnoses and can mean infants with Down syndrome or Trisomy 18.

Everybody calm down we're just killing the babies with abnormalities https://t.co/Ft0yxqTr43

The Democrat party can spare us any discussion of morals or concern for "the children" https://t.co/PeROXf45sK

DeSantis Is History’s Greatest Monster For Some Reason
Townhall
Michael Shellenberger uses media coverage of Hurricane Ian to expose journalists for 'actively trying to mislead the public'
Twitchy
Hollywood’s Latest Box Office Bomb Is Your Fault, According to Billy Eichner
Redstate
The Morning Briefing: Biden's Last Brain Cell May Be the Death of the Republic
PJ Media